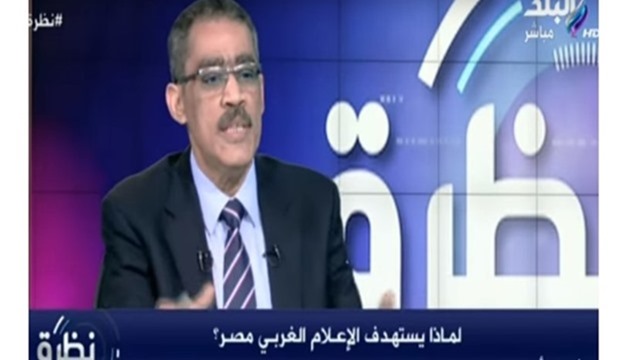 Chairman of the State Information Service (SIS) Diaa Rashwan said that the Egyptian presidential election is an important event, which reflects the political development Egypt is witnessing.

In an interview with the talk show "Nazra" on the Satellite Channel Sada El-Balad on Friday 12/01/2018, Rashwan said local and foreign correspondents are allowed to obtain press passes in order to cover and follow up the upcoming presidential election. He added that registration is allowed for journalists and correspondents to follow up the presidential elections until January 22, 2018.

As for the New York Times, Rashwan said that SIS has released a statement following the article published by the newspaper against Egypt, where SIS stressed that there is no an officer in the Egyptian Intelligence Agency named Ashraf El-Kholy. "I had a phone call with David Kirkpatrick and I felt that he was unsure of the accuracy of the job of the source", he said.

Rashwan noted that the Prosecutor General has ordered probing the alleged leaks, adding that such leaks aim at giving the impression that the Egyptian media is led by the security agency in addition to spreading rumors about the existence of disputes among the security agencies in Egypt.