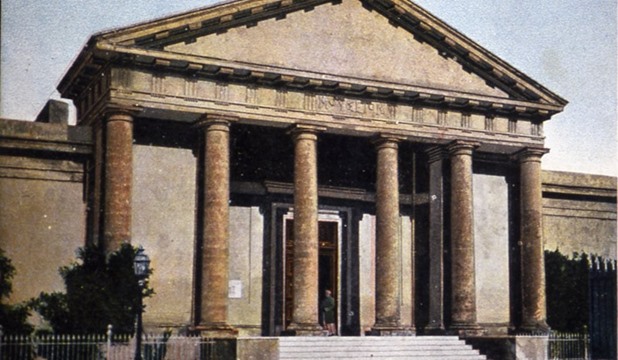 The museum was first built in 1892 as a small building located on Horreya Road. In 1895 it was transferred to the present site near Gamal Abdul Nasser Road. It started with eleven galleries, and has been gradually enlarged in later renovation stages. The 25th gallery was inaugurated in 1984. It contains a very big variety of coins from different countries, chronologically arranged, and dating back from 630 BC to the Ottoman period in the 19th century. The collection, which covers the period from the 3rd century BC to the 7th century AD, is a fascinating record of civilization in the process of change as religions merged and society evolved. 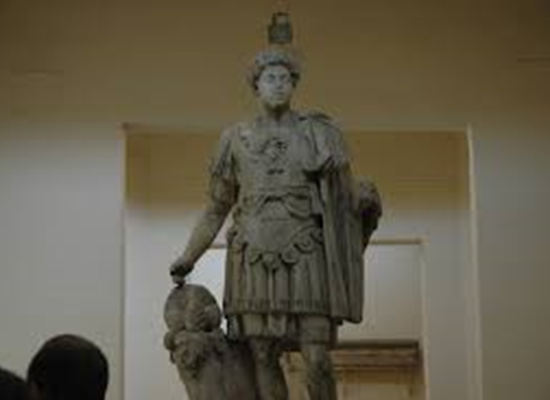 In Alexandria, Greco-Roman and Pharaonic religions mingled in the cult of Serapis; the shift from pagan religions to Christianity can also be seen in the exhibits which include mummies, Hellenistic statues, and busts of Roman emperors, Tangara figurines, and early Christian antiquities. 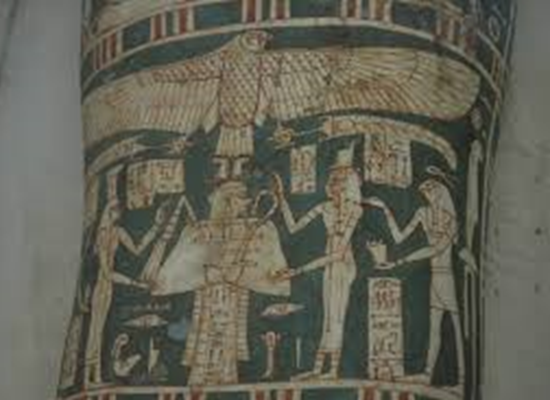 Museum Description
The museum contains hundreds of precious antiques:
Room 1: In this room, a visitor can see the beautiful alabaster Good Shepherd. Its large eyes and flat, regular of the robe is a development from the Coptic style. Part of the hall displays artifacts from the Monastery of St. Menas, west of Alexandria.

Room 4: Devoted to Coptic textiles from some of the finest weavers in the Christian world.

Room 5: An amazing ancient model of a water cooling system.

Room 6: One can find The Apis Bull, found to the west of Pompey's Pillar. The statue was set up in the reign of Hadrian (AD 117-138). This bull represents the most successful imposition of Greek realism upon an Egyptian image. The Serapis Head is sculptured with fine white marble. It was found near the Pompey's Pillar. It was one of the Ptolemies' gods. This god was a blend of Osiris and Apis. A visitor can see fine mosaics, an Alexandrine specialty, including one of a ship sailing, done with colored pebbles set in cement. This is the earliest type of mosaic made.

Room 8: This room is devoted to mummies and sarcophagi. A visitor can see the difference between the gilded and painted cartonnage of the pharaonic mummies and the ornate diamond bandage of the Ptolemaic ones.

Room 9: This room is mainly dedicated to show pieces of a shrine in the Fayoum dedicated to the Crocodile-god, Pnepheros.

Room 11: Contains some of the most interesting statues, in which Egyptian scenes and techniques are portrayed with Greek influences. We can see image of divine serpents "The Agathadaimon Stelae" and their worshippers. Limestone fragments from a temple at Athribis (Benha) are along the north wall of the room. The god Tutu faces Horus and Athribis with a broken inscription of Greek between them.

Room 12: Contains statues of Graeco-Roman period. A colossal red granite head of Ptolemy IV was found at Abuqir, wearing the double crown of Egypt. The mosaic of Medusa, once a pavement, originally showed Medusa's entire body. The most spectacular piece is the colossal white marble statue of Marcus Aurelius (121-180 AD), which was discovered under the Sayed Darwish Theater. In the same room, we can see a marble statue of Isis as a goddess of the Nile reclining against a sphinx. Her left hand holds a vessel for the Holy Water and the eight children climbing over her represent the eight cubits the Nile rises for a perfect flood.

Room 14: Is filled with portrait heads of famous Romans: Hadrian, Vespasian, and Augustus.
Room 16: Contains some of the finest Hellenistic statuary available. The torso of Aphrodite is magnificent. At the end of the hall are a couple of male torsos, a female, and a seated male, which belonged to a group of statues carved for a pediment for a palace near the eastern harbor.

Room 17: Contains some of the best Sarcophagi found. The most unique one shows Ariadne asleep on the island of Naxos. The god of sleep (Hypnos) stands by her head, and behind him lays the boat that brought her from Crete. Her husband, Dionysisu, stands in front of her with his retinue. The rest of the facade shows a drunken Hercules being helped homeward.

Room 18: The funerary amphora from Chatby. It dates back to the end of the fourth century BC. It still has its artificial wreath of green leaves and golden berries around its neck. Another display is a unique collection of clay Tanagra (an ancient city in the northern part of Greece) figures. This collection spans the 3rd century BC to the 1st century AD. It provides information about women's fashions, hairstyles, hats and dresses in the ancient world.

Room 21: This room contains plenty of pottery and some statues. The statue that stands out in this hall is a Hercules statue with a club in his left hand and his lion-skin coat in his right.

Room 22: This hall is dedicated to colored glassware. Early in Egypt's history, the people learned how to make glass. It is a chance to see the early discovery of the fusion of soda and sand. At the end of the hall is a beautiful bronze head of Hadrian (76-138 AD).

The Sculpture Garden: The garden of the museum is full of spectacular statues and artifacts.