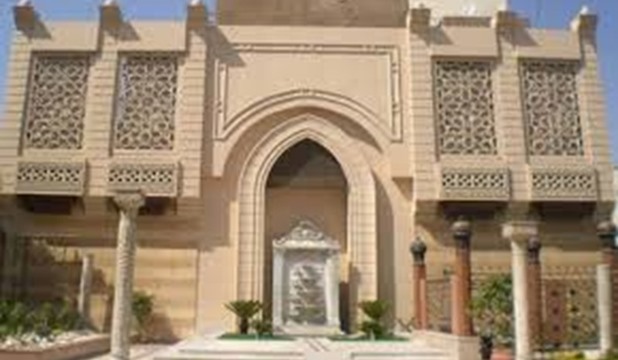 Introduction
The Museum of Islamic Art is considered one of the greatest in the world with its exceptional collection of rare woodwork, plaster, metal, ceramic, glass, crystal, and textile objects of all periods, from all over the Islamic world.


The Istanbul Archaeology Museums (a group of three archeological museums located in Istanbul, Turkey, near Gülhane Park and Topkapı Palace) comes second, with 90% local acquisitions and 10% originating from other parts of the Islamic world. 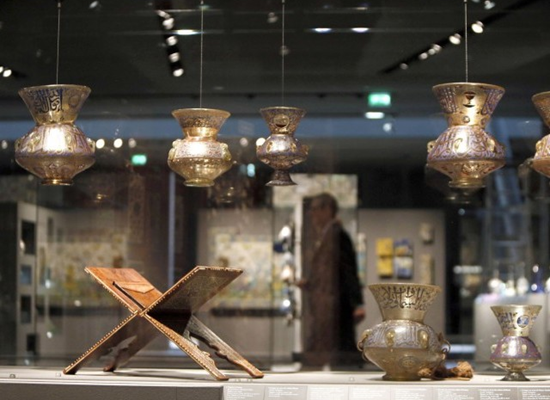 Location
The Museum of Islamic Arts first opened in 1881 with an initial display of 111 objects gathered from mosques and mausoleums across Egypt. Its first home was in the arcades of the mosque of the Fatimid caliph Al-Hakim Bi-Amr Allah. Because of the rapid increase in the size of the collection, however, a new building was constructed in the courtyard of the mosque in 1883. Construction began in 1899 on a building in Bab El-Khalq, a stone's throw from the centre of Islamic Cairo that would give the museum its own space. This building opened its doors in 1903 with a collection of 3,154 objects. Since then the museum has become the primary home for the national collection of Islamic art. 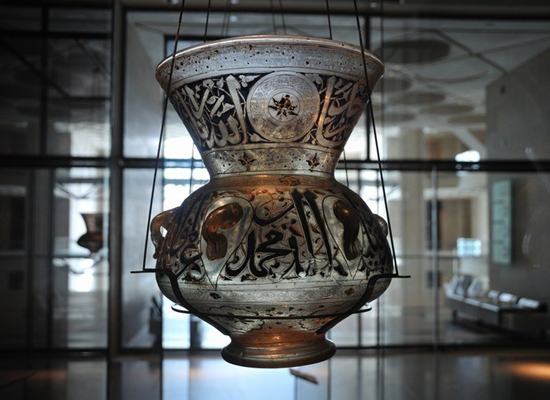 The idea of the Museum of Islamic Arts dates back to the time of Khedive Tawfiq (1852 – 1892). In 1869, collections of Islamic artefacts were put on display in the eastern iwan (a vaulted hall or space, walled on three sides, with one end entirely open) of al-Hakim Mosque. In 1881, a decree was issued in accordance with which the Committee of Arab Antiquities was established. The acquisitions, having filled up their allotted space in the iwan, were moved to a place inside the mosque-proper, until the museum was built on Port Said Street (formerly al-Khalieej al-Masri Street) off Ahmad Maher Square. The eastern part contained Arab antiquities; the western part housed the National Library.


The Museum, first opened on December 28, 1903, was located on Bab al-Khalq Square, famous for its Islamic surroundings; e.g. the Ahmad Ibn-Tulun Mosque, the Mohammad Ali Mosque, and the Salahuddin Citadel. The Museum was the second concrete-iron building to be constructed after the Egyptian Museum.
The name “Museum of Islamic Arts” was given it in 1952. Formerly, however, it was called “House of Arab Antiquities”. 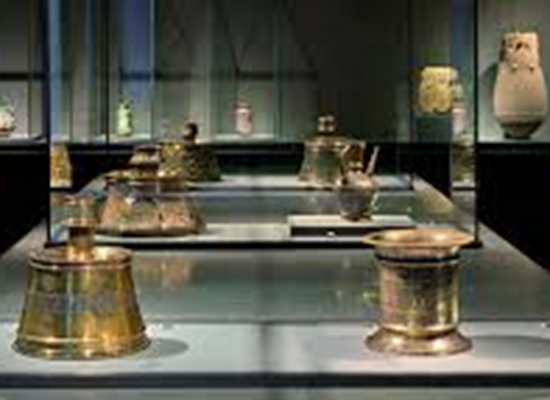 The Museum entirely faces Historic Cairo. It has two entrances; one on the north-eastern side and the other on the south-eastern side. The entrance on Port Said Street features a very luxurious facade, rich with decorations and recesses inspired by Islamic architecture in Egypt from various periods.
The Museum is a two-story building; the first floor comprises the exhibition halls; the second floor houses the general stores.


Wings
The museum is divided into two large wings. The first is devoted to the chronological exhibition of Islamic artifacts taken mainly from monuments in nearby historic Cairo, thereby showing the progression of Islamic dynasties -- the Umayyad, Abbasid, Tulunid, Fatimid, Ayubid, Mamluk and Ottoman periods.

The second wing displays materials from other countries in the Islamic world. These include calligraphy; manuscripts; ceramics; mosaics; textiles; gravestones; mashrabiya (latticed woodwork); wooden objects; metal and glass vessels; incense burners and caskets; pottery; metalwork and glass lamps dating from various periods in Islamic history. These objects are displayed according to both chronology and theme, provenance and material.


The renovated museum has state-of-the-art security and lighting systems, a fully-equipped restoration laboratory, a children's museum and a library.

One of the most impressive items on display is a Mamluk-era water fountain that has been renovated by Spanish restorer Eduardo Porta, who was also a member of the restoration team working on the tomb of Nefertari in Luxor's Valley of the Queens. The fountain, made of semi-precious stones, green onyx and coloured mosaic pieces, was originally bought for the Museum of Islamic Art in 1910 and placed in the museum's garden. Owing to ill-use and the faulty restoration work carried out in the 1960s and 1970s, the fountain fell into disrepair and it is only now being properly restored.


Ceramics and pottery
Displayed are items from the Umayyad era, findings of al-Fustat excavations, lustre-glass ceramics from the Fatimid era, Ottoman and Persian ceramics, and Chinese porcelain.

On display are wooden items dating back to the Umayyad, Abbasid and Tulunid dynasties. Antiquities include rare minbar, wooden partitions, chairs used by Quranic reciters, trunks belonging to Muslim royalty compositely lined, bound, gilded and engraved are also on show. Most of these items have been acquired from Samara, Iraq.

Metal
Items on display include candlesticks, compasses, basins, chandeliers and chairs, all gold-, silver-plated and engraved with Islamic writings and decorations. One of the Museum’s rarest acquisitions is a 41-centimetre high 28-centimetre-in-diameter bronze pitcher belonging to Marwan Ibn Mohammad, the last Caliph of the Umayyad dynasty.

Other rare items include a key to the Holy Kaaba, engraved in gold and silver with the name of Sultan al-Ashraf Shaaban; a gold dinar dating back to the Hijri year 77, the oldest yet discovered; an exceptional collection of kohl pots, seals and weights dating back to the Umayyad and Abbasid dynasties; and orders, decorations and medals dating back to the Ottoman dynasty and the Mohammad Ali family.


Glassware
The museum displays a rare collection of Islamic glassware dating back to the Mameluke and Ayyubid dynasties including cups and lanterns.

Textile
A variety of famous textile exhibits are on display at the museum.


Restoration
In 2002, the Museum was closed for comprehensive rehabilitation, not only of its building and interior design, but also of its exhibition design and displays. Over the past 8 years, massive renovation work has been completed to the tune of EGP90 million. 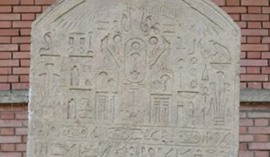 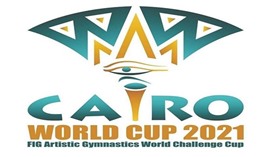 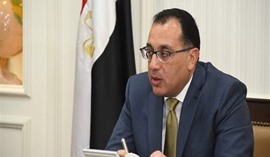 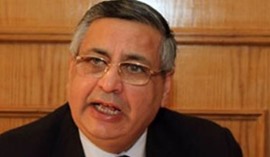