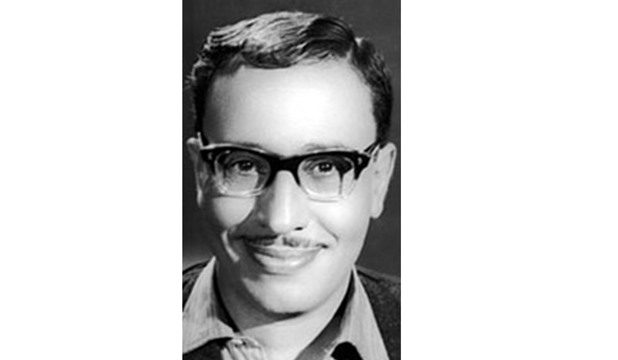 Al-Mohandes studied at the Faculty of Commerce, Cairo University where he joined the drama group. His life was turned upside down, however, after he watched the great Naguib al-Rihani performing on stage. Later, he became one of the man’s followers. This caused him to graduate in six years rather than in four when he should have.
In 1953, after al-Rihani’s death, opportunity came knocking at his door. The program saa le-albak (An Hour for the Heart) was launched grouping many of Egypt’s comedians of the time, including al-Mohandes.
Having lived close to the Zul-Foqqars, the two brothers Mahmoud and Ezz signed up him for several supporting roles in movies they directed including the Neighbor’s daughter, the Good Land and the River of Love, among others
In the early 1960s, Egyptian television began its broadcast. It was then that he became famous in his role in the program waraa al-setar (Behind the Curtains) facing actress Sanaa Gamil. Al-Mohandes later joined television theaters. His major breakthrough was when he took the lead role in a new version of al-Rihani’s play al-Secretair al fanni (The Technical Secretary) starring another entrant to the world of entertainment and show business Showikar Toub Saqqal, who later became his wife.
In all his plays and movies, al-Mohandes’ motto was "entertainment for the sake of entertainment". His version of "My Fair Lady" earned him a great deal of acclaim. His play ana wa howa wa heya (He, She and I) prophesied the now-pressing housing problem.

He, She and I marked the end of an era in which most performances showed pre-Revolution persecution of farmers and workers and the beginning of another where situation and social comedies were the order of the day in government-run theaters.

In the 1950s, as the nation faced numerous economic and political challenges, private sector theaters were interested only in providing entertainment to the public. This is where al-Mohandes excelled the most.
At the time, movie-makers found al-Mohandes to be their golden-egg-hatching hen. He presented a number of successful movies; e.g. His Excellency the Ambassador, Love in August, a Husband’s Confessions, among others. Those were entertaining films.
Al-Mohandes also presented a number of critically acclaimed plays such as ard al-nefaq (Land of Hypocrisy) directed by Fatin Abdul-Wahab (1968) and kan wa kan wa kan (Once upon a Time) directed by Abbas Kamel (1977). In both those two movies, he reached the peak of maturity.
Al-Mohandes died at age 82.