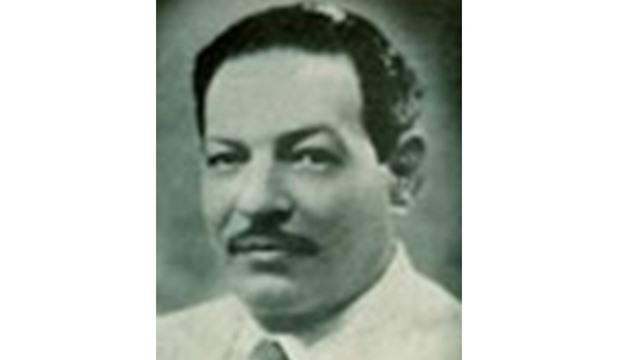 The Great Theatre and Cinema actor Naguib El Rihani was and still being known as “KeshKesh Beik”, the name of the character he created from his own imagination and brought it to be live and real.


Naguib El Rihani was also known as “Charlie Chaplin, the East”; according to several critics Naguib El Rihani and Charlie Chaplin had several things in common among which is their difficult beginnings, their points of view and the main themes they chose for their artistic work.
Both, El Rihani and Chaplin, chose to deal with the psychological insight of the poor class against the unjust aristocratic class, making fun of aristocracy in a sarcastic way.

There’s a debate among several sources about the roots of Al Rihani Family, some would say it’s from Iraq others say from Lebanon but regardless of his native origins, Naguib Al Rihani was born, raised and died in Egypt, for us he is Egyptian flesh and blood.

Naguib Ilyas Al Rihani was born in 1890 in Bab El Shaa’ria area in Cairo/Egypt, he studied in the Frare French School until the age of 15; his father worked in horse trading and when he died due to a financial crisis, Naguib had to leave school and start working to earn money for his family that consisted of his mother and two brothers.


In his quest for a job, he worked in the Agriculture Bank in Cairo and later on in the Sugar Company in Nagaa Hamady region, yet he could not give up his dream of becoming an actor and this was the main reason behind being fired from those two jobs.


In the beginning Naguib’s mother, Mrs. Latifa, was against the idea of her son becoming an actor, or what they called in old times “ Meshakhasati” or Imitator, but later on, when his fame grew to the top, she was very proud for being the mother of “ Keshkesh Beik”.


It is surprising to know that Naguib El Rihani always wished to become a super tragedian and that becoming a comedian was never on his plan, but fortunately he was successful in both tragedy and comedy.


His comic skills were first discovered by his fellow friend, the great director and actor Aziz Eid who saw that Naguib’s comic skills were dominant to his tragic ones and he tried to help him in this path but Naguib was more interested in tragedy.


Naguib El Rihani played a great role in the development of Egyptian theater at a time when theaters were presenting comic sketches that were very silly using meaningless words and actors as dummies doing ridiculous movements just to arouse the laughter of the audience but Naguib El Rihani had different ethical and valuable visions.


Beside his natural gift, Naguib Al Rihani gained a lot of experience from working with different famous artistic troupes at that time, between the years 1905 till 1916 such as:
- Okasha’s Troupe / Seleem Attalla’s Troupe / El Sheikh Ahmed El Shamy’s Troupe
- George Abyad’s Troupe (which, later on, merged with Salam Hegazy’s Troupe to form a news troupe called Abyad &Hegazy’sTroupe).


The real beginning for Naguib Al Rihani was in 1916 when he joined the famous actor, Stefan Rosty, to work in “De Rose” Casino.


Due to his great efforts, theatres started acquiring deeper aspects; El Rihani gave great attention to the ideas presented in his plays, the dialogue and the characters; dummy comic characters were replaced by more elevated realistic ones and he was able to develop his comic techniques.


He was positively reacting with the political and social changes that took place in Egypt at that time as the national spirit was newly introduced to Egyptian theatres.


Later on, in 1918, El Rihani started a new type of theatre which is the Musical Theatre or what is called the “Operette” in which he co-operated with the famous musician Sayed Darweesh as well as the famous actor and writer Badie Khairy, and together they presented several successful musical plays or “Operettes”.


He toured with his own artistic troupe “Al Rihani Troupe” to different countries to present his work such as South America, Lebanon and Syria. In the final stage of his artistic life, Naguib El Rihani starred and wrote several successful movies that are considered of the greatest movies of the Egyptian cinema with famous singers and actors, such as Laila Mourad, Aziz Osman, Anwar Wagdy, Abdul Fattah El Kosary, Youssef Wahby, Hassan Fayek, Taheya Karyouka, Bishara Wakeem and many others.


In all his plays and movies, Naguib El Rihani was always targeting the amusement of the Egyptian poor class and always insisted to adopt his topics, especially those translated from French and English, with the Egyptian environment so that his target class can easily understand and react with his work.


Finally in 1949, Egypt lost the great star Naguib Al Rihani who, in spite of his death, will always be in our minds and hearts and will always be able to make us laugh from the heart.


The way Naguib El Rihani makes us laugh each time we watch his movies and plays can never reflect the hard times he passed through in his life ever since he was a child, but when you know his life story you can easily see the scares and reflections of those hard times on his face and eyes.