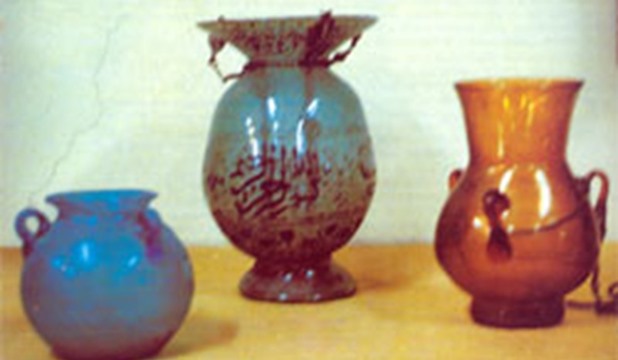 Ethnographers refer to pottery as one of the oldest manifestations of man’s material heritage going back to the new Stone Age that dates from 5000 to 3500 B.C.


Pottery, which might have been discovered by chance, fulfilled basic needs of primitive men. Besides the initial usage of pots for magic purposes, these useful containers served a myriad of purposes.


Pots stood the test of time. In Ancient Egypt, they were used for everyday as well as for preparation for the life hereafter. A visit to the Egyptian Museum or to the tombs of Beni Hassan reveals how conscious the ancient Egyptians were of the uses of pots. They used them for keeping grains, foods liquids. They also used them as containers mummified matter because of their durability and endurance. Ancient Egyptians developed and perfected the manufacture of pots using red clay in particular. They also paint pots using different colors. Forms Pharaonic pottery are mainly simple, grateful well-defined.


Pottery flourished in Coptic Egypt as monks occupied themselves with its manufacture in workshops near their convents.


Coptic pots, dishes and flasks are adorned with symbols and decorative patterns. Frogs, fishes, crosses, grapes, animals, birds as well as pictures of monks and saints, and some Coptic words feature on them.


Islamic artists contributed as well to the art of decoration. Arabic calligraphy is unique to the Islamic arts. Its flexibility allows the artists to integrate it with other decorative units. ’Naskh’ and ’Kufi’ are the two main Arabic styles used on pottery. Other decorative units include plants, fruits, flowers, animals, birds, fishes and persons represented in imitation of reality or in an abstract style. The manufacture of pottery and ceramics in the Islamic age, from the seventh to the seventeenth century A.D. in particular, is the subject of a vast body of literature that treats the development of the craft and its aesthetic aspects. 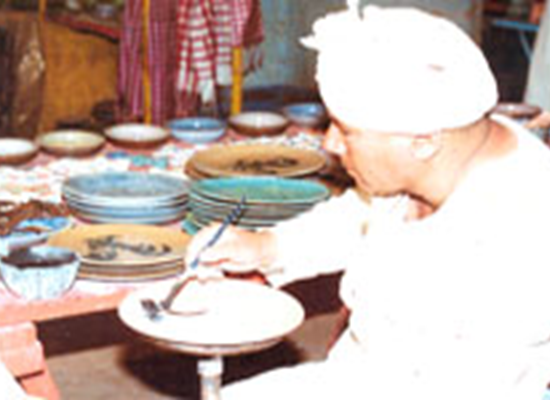 It is the Nile clay that surpasses the two other kinds in quality and provides the main input for the manufacture of pots in Egypt since ancient times. It was formed throughout the ages from the silt deposited annually by the Nile.

Preparing the Clay and Initial Stages of Manufacture:
The process for preparing the clay for pot making may differ from one workshop to another. However, the common target is always presenting a pliable substance for the crafts man to work with.
1. The Draining Basin: (known as ’al-kose’) this basin is lined with cement to prevent water seeping. Clay is mixed with water in precise proportions necessary to produce the required density for each product.

2. The Drying Basin: (known as ’al-nose’) this basin allows the seeping and filtering o water from clay after clearing it from unwanted residues in the first basin. The mixture is kept in the basin, for a week in summer or for two weeks in winter, until it dries up and cracks whether due to weather conditions or manual treatment in certain cases. The clay master then divides the clay into large lumps that are stored in the clay-house. The clay house is a storeroom where material for year’s work is kept in favorable conditions.

Whenever day is needed, a portion of clay, known as ’tabita’ is cut out by a worker known as ’al-dawwas’. He squashes the clay with his feet gradually adding some sand that increases the flexibility of clay, protects the final product against cracking or breaking during heating and gives it a porous body. The squashing continues until a certain degree of cohesion is reached. The squashing finished one of the apprentices’ cuts out a small piece of clay known as ’kharta’. He squashes it with both hands on a table known as ’dastah’ that is half a meter high. He adds more sand for the same previous reasons and also in order to prevent the clay sticking to the table. Having prepared it for shaping, the apprentice rolls the piece of clay in the form of a solid cylinder and hands it over to the pot-maker working on his machine known as ’al-dulab’. The pot-maker gives shape to the cylinder of clay prior to producing various models of pots. He uses some tools like ’al-garut’ end ’al-sadif’. 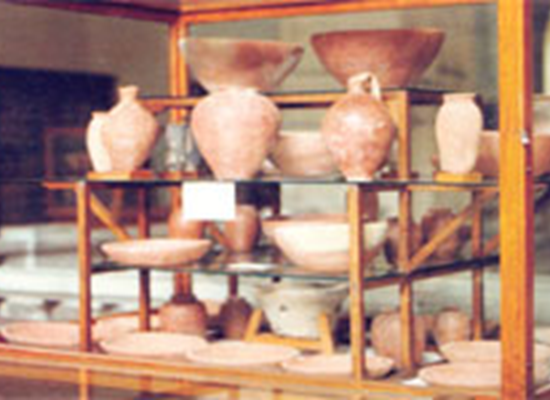