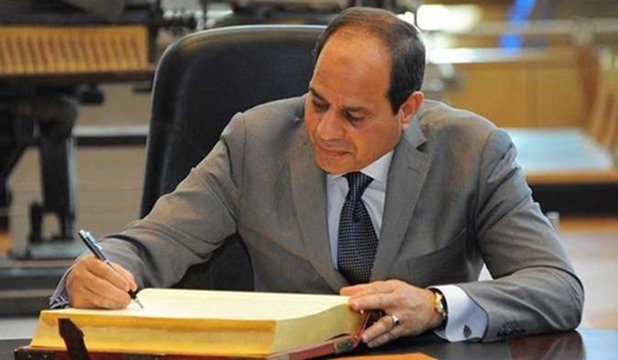 The president ratified the laws after the House of Representatives approved them.

According to law no. 106/2018, 958.049 billion pounds will be earmarked for the Egyptian General Petroleum Corporation.

The president also signed law no. 107/2018, allocating 6.805 billion pounds for the General Organization for Executing Industrial and Mining Projects.

About 67.809 million pounds will be allocated for the Gas Market Regulatory Authority.

The laws were published in the official gazette out Thursday.