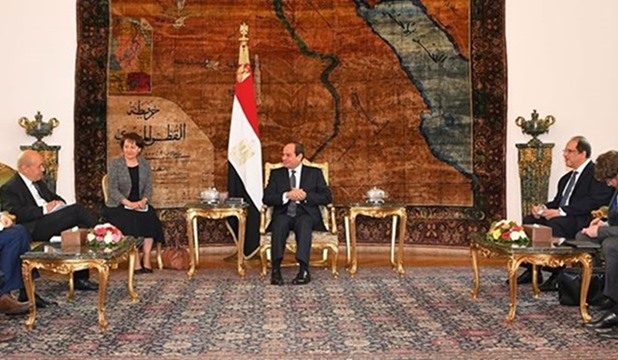 Also, Le Drian said his country is ready to cooperate with Egypt in the Egyptian Grand Museum project.

President Sisi asserted that the importance of continuing consultations and coordination between Egypt and France on various regional and international issues of mutual concern, especially those threatening the Middle East and Mediterranean regions as well as the whole world.

During the meeting, the President said Egypt is keen on fostering relations with France in various fields in the coming period.

Meanwhile, the meeting discussed a number of regional issues including the crises in Libya, Syria and the Palestinian territories.

During the meeting, they agreed to establish a cultural partnership between both countries as part of a joint cooperation in mega cultural projects.