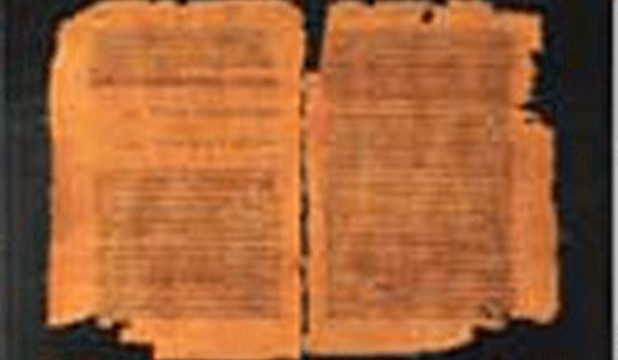 Ancient Egyptian literature dates back to the Old Kingdom, in the third millennium BC. Religious literature is best known for its hymns to various gods and its mortuary texts. The oldest extant Egyptian literature are the Pyramid Texts: the mythology and rituals carved around the tombs of rulers. The later, secular literature of ancient Egypt includes the ’wisdom texts’, forms of philosophical instruction. The Instruction of Ptahhotep, for example, is a collation of moral proverbs by an Egyptian administrator. The authors of the literature of the Old and Middle Kingdoms (through to the middle of the second millennium BC) seem to have been drawn from an elite administrative class, and were celebrated and revered into the New Kingdom (to the end of the second millennium). In time the Pyramid Texts became Coffin Texts (perhaps after the end of the Old Kingdom), and finally the mortuary literature produced its masterpiece, the Book of the Dead, during the New Kingdom.


During the Greco-Roman period (332 BC–AD 639), Egyptian literature was translated into other languages, and Greco-Roman literature fused with native art into a new style of writing. From this period comes the Rosetta Stone, which became the key to unlocking the mysteries of Egyptian writing to modern scholarship. The great city of Alexandria boasted its famous Library of almost half a million handwritten books during the third century BC. Alexandria’s centre of learning also produced the Greek translation of the Hebrew Bible, the Septuagint.

During the first few centuries of the Christian era, Egypt was the ultimate source of a great deal of ascetic literature in the Coptic language. Egyptian monasteries translated many Greek and Syriac works, which are now only extant in Coptic.


Under Islam, Egypt continued to be a great source of literary endeavour, now in the Arabic language. In 970, al-Azhar University was founded in Cairo, which to this day remains the most important centre of Sunni Islamic learning. In the 12th century Egypt, the Jewish talmudic scholar Maimonides produced his most important work.


Among the modern talents of Egyptian literature, Naguib Mahfouz is foremost. In 1988, he was awarded the Nobel Prize for Literature. Other well-known Egyptian writers include Nawal El Saadawi, who is well known for her feminist works and activism, and Alifa Rifaat who is conservative and writes about women and tradition.