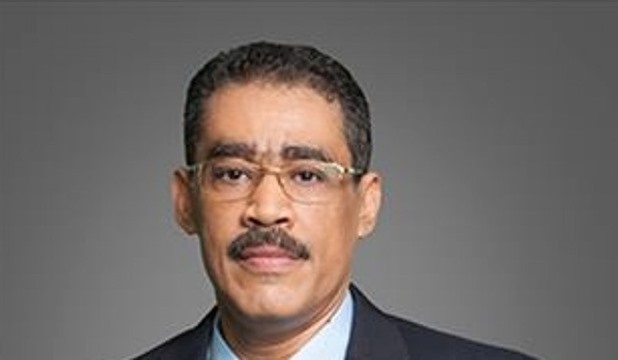 Diaa Rashwan, Chairman of the State Information Service, in  response to  President Abdel Fattah El Sisi’s speech at the Youth Conference at Cairo University in which he stated that the Army did not conspire against the Muslim Brotherhood regime and did not aspire to power, revealed parts of the scenes that took place before Abdel Fattah El Sisi announced the 1st political forces statement on July 3, 2013.

During  MBC  program "Happening in Egypt,"   on Tuesday evening Rashwan said that the Brotherhood alleged that the Supreme Council of the Armed Forces had been conspiring against them since January 2011 and that what happened on 30 June 2013 is a military coup. That’s why  President «Sisi»,  threw lights  on this matter  at the Fifth Youth Conference and  requested  those who attended the meetings in this period to talk and testify.

He explained that Mohamed Saad Katatni, head of the Freedom and Justice Party, before the June Revolution, revealed the scenes of what happened on July 3, during one of his trial sessions, adding that this was not narrated by  the regime, but by Saad Katatni himself.

Saad Katatni and Essam el-Erian on July 3 afternoon, received a phone call from Major General Mohammed Al-Asar, to attend the meeting of the political forces, as a majority party, to  be held that day, but they said they will return to the Muslim Brotherhood's Guidance Office first, Rashwan added. After that, they told Al-Asar that the Muslim Brotherhood  would either attend  as a legitimate group or not.

Rashwan said those, considered by the Muslim Brotherhood as planners for the coup d'état, were considering  the Freedom and Justice Party as the majority party; who makes coup d’états will never call for dialogue.

He referred to the interview of Dr. Mohamed ElBaradei, the then Vice President of the Republic , with the Washington Post on August 2, 2013, in which he said that Sisi had hoped that Mohamed Morsi would succeed to overcome the political crisis, listen to him and to the Army’s appeals, explaining that the Army spoke to Morsi, three or four times, to assure  that the Muslim Brotherhood, is a part of the Egyptian political situation and will exist in the formula after June 30.

Rashwan said that the negotiations between Sisi and the Muslim Brotherhood to end the crisis had reached, at that time, to a point that was rejected by the political forces, adding that Sisi had agreed to hold the referendum that some Muslim Brotherhood, mainly Dr. Abdel Moneim Abul al-Fotouh, had been trying to impose.

Rashwan explained  that the referendum meant that the then President Mohamed Morsi would not resign but would be aside, while the state of the Muslim Brotherhood and their party would remain. He continued  saying that it was possible, by a large percentage, that the Muslim Brotherhood would win the referendum, adding that this situation would have been a disaster.. a great disaster for the country; some people, at that time, felt that Sisi puts us on an adventure, but he was keen to get out of the crisis.

He noted that Sisi said to Morsi that he would be a mediator between him and the political forces, but  Morsi rejected the demand while they were on the way; whoever makes coup d’états will not call for dialogue.

He continued saying that Sisi on May 11 went to a war inspection in Dahshur and said " the Army is a fire, so do not play by it and do not play with it, however  it is not a fire that burns its family, and there must be a formula for understanding between us".

He pointed to the army's handover of power to Dr. Mohamed Morsi, following his success in the presidential elections in 2012, at a camp of the Armed Forces in Haekstep, to confirm the legitimacy of the ruling, adding that we need to narrate again the real story because many seem to have forgotten what had happened because of exhaustion and heaps  of events.