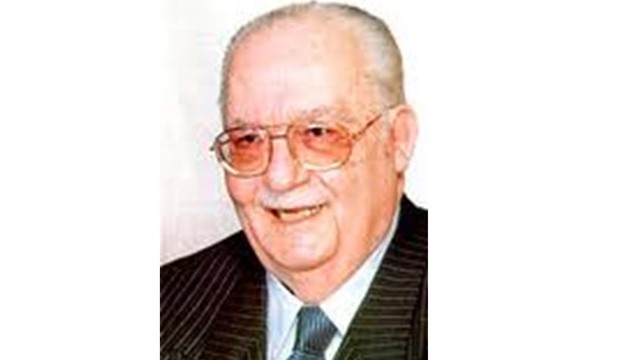 All through half a century, the writer Tharwat Abaza wrote tens of novels and short stories about life in the city and the countryside, and the kind of connections and clashes governing relations among different social strata. He was dubbed as a ’Knight of the Arabic Novel’.

Abaza was one of the founders of The Writers’ Association and he assumed its chairmanship for a long period until he resigned four years ago. He was also chairman of the Story Club. Yet such a busy schedule did not prevent him from artistic writing and from fostering young talents mentally, morally and socially even if he differed with them with respect to political and intellectual orientation.

Among his most famous literature are "Some Fear", “Dreams at Noon Time", "Escaping from the Days", “Pearls and Oysters", "Fog and a Palace on the Nile". In recognition of his outstanding works, Abaza was granted the State Incentive Prize in 1959 and the State Merit Award in 1982.

As Anis Mansur said eulogising him Abaza was so keen to revive elegant diction of the Arabic language. “Many a time Abaza quoted old poets to express a fresh meaning. But that was not with the purpose of showing off his linguistic, literary, legal and juristic treasures but was rather a manifestation of his ability to employ the past in the service of the present," Mansur explained.

Abaza, however, had never stopped criticising Nasserism and communism despite their diminishing effect on society in recent years. Abaza was not narrow-minded nor prejudiced against communists and zealots of the Nasser rule; he was rather against all kinds of restrictions, noted Mansur.

Anis Mansur went on to say in his column in Al Ahram paper that Abaza was jealous of art, truth and beauty and above all of Islam. As member of the Shura Council, he was so disciplined and punctual despite his illness.

Youssef Al Sharuni described late Abaza as the man with the bold pen "Despite our close personal relation, yet I knew him more through his story writings," he said, adding that "the focal point in all of Abaza’s writing the idea of freedom and how it eventually gained upper hand through the conflict of the offender and the wrong-done."

In his novel “Some Fear" Atris represented the tyrant whereas Fuada was the embodiment of freedom and truth, which had to triumph at the end. Examples of freedom were so many in his writings line, for instance, the relation between sons and fathers and the vision of each party with respect to one’s freedom observed by the other.

He also detected the relation among generations. Almost each of his 25 novels covered two or three generations of a family or a society sector with a view to tracing society developments.
As for Dr Gaber Qamha who had differed with Abaza regarding his approach to people during his lifetime he admits that Abaza was by all rates one of the greatest novelists of the age.

Some of his novels indeed reached the peak in their expression of the nation’s woes and feeling. The best was perhaps "Some Fear", which I believe to be of a universal standard although it delves deep into locality,Qamha said.

The Abazas, one of the high-bred- families in Egypt to whom Tharwat pertains, are deemed a huge institution in art, politics and life, said Dr Sayed Al Bahrawi.

He said that members of the family, whatever their field of contribution were keen to mould features of social awareness in the traditional sense of the word. Similarly, Tharwat Abaza sought to establish moral and social values through his writings.

As a scriptwriter Mustafa Muharam saw in the literature of Abaza social milestones that made it fit for presenting on the TV Muharam said in an interview with a daily paper that Abaza’s passing away is a great loss for TV drama because his novels-turned serials proved to be of great success.

The university professor Abdul Aziz Hamouda finds in Abaza the kind of man whose personality was in consistency with his character as a man of creativity. "He was sincere in both cases and daring in his opinion," said Hamouda.

He went on to say that Abaza’s disagreement with the political regime in a certain period of time had caused him much trouble and delayed recognition of his literary contribution despite its distinction. However, Hamouda believes that his literary value might be rediscovered in generations to come.

Born in Sharkia governorate in 1927, Abaza graduated from the Faculty of Law, Cairo University in 1950. He worked at the press and was appointed editor-in-chief of the TV and Radio Magazine in 1974.

He became deputy of the Shura Council in 1986 and was a member of the Higher Press Council and Chairman of the Modern Literature Association.