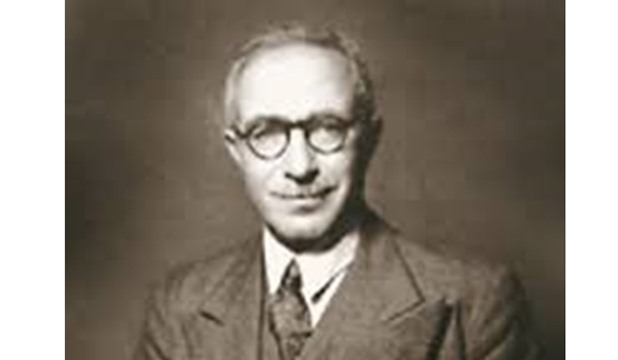 Dr. Muhammad Hussien Heikal was a novelist, journalist, and lawyer, member of the Senate, Minister, Islamic writer and critic. He was indeed a knight of the cultural enlightenment movement and freedom of opinion and scientific research. He defended the right of the writer to write, think and express his opinion.

Dr. Heikal played a positive and outstanding role in a "Literary Revolution" aimed at developing literature, thoughts and highlighting the national personality and its values. Also, he conveyed a major part of his experience to Arab readers to help in intellectual development. Heikal led a pioneering press school which developed the press as a job and the article as an art.

Main Highlights
• He worked as a lawyer since December, 1912.
• He abandoned legal practice to journalism, Oct.1922.
• He gave up journalism and was appointed as Minister of State for the Interior Ministry in the Muhammad Mahmoud’s Second Government, Dec.31, 1937.
• He was then appointed as Education Minister where he introduced decentralization by establishing the educational zones and the policy main guidelines of the Education Ministry which rested on expanding primary and academic education and making programs and curriculums nationally oriented.
• He became the Speaker of the Senate and the State’s legislator where he displayed a legal talent.
• He headed Egypt’s delegation to UN General Assembly and the Inter-Parliament Union meetings.

Dr. Heikal’s Initiators
In his literary and intellectual career, Dr. Heikal was affected by:
• Sheikh Muhammad Abdu, who influenced Heikal by his call for comprehensive reform and development especially in his two books: "Message of Monotheism" and "Islam and Christianity".
• Ahmed Lutfy El-Sayed who was the patron of the intellectual Modern School generally and Heikal in particular. He influenced Heikal’s political and intellectual as well as cultural behavior. Moreover, he convinced him to read political and literary English books and always supported him.
• Kassem Amin, with whom Heikal shared a strong belief in the freedom of women and supported him in establishing the private university.

So, Dr. Heikal was characterized by true faith and straightforward opinion and thoughts. He believed that argument should be faced with counter argument.

Heikal’s Intellectual Career
Heikal’s writings were affected by his legal law and press style. He expressed his opinion objectively and logically with no rhetoric or fanaticism. He called for inspiring the Pharaonic civilization in order to maintain cultural continuity. His novel "Zeinab" expressed Heikal’s Egyptianism although he wrote it in Paris. Heikal was interested in the Arabic language. He wrote the foreword of Ahmed Shawqi’s collection of poems. Also, he published a special issue on Ahmed Shawqi when he was elected as Poet-Laureat and another one on Hafez Ibrahim after his death.

Regarding the "freedom of thought and expression": Heikal believed that the least to be aspired was to render scientific research freedom and religious individual judgment based on Islamic tolerance an established a priority. It means that freedom of expression is the right of each and everyone without infringing others’ freedom.

Regarding the "evolution of life": Heikal believed that everything under the sun was subject to evolution and that man himself is subject to change and evolution, which is accelerated with increasing interaction between elements of life.

Heikal, as a critic
Heikal believed that criticism combined the fervor of revolution and the objectivity of science. Criticism, to him, was a means of contact with various cultures, with the object of achieving a coherent national culture. Heikal rejected self-criticism and considered it close to story writing. He thought that the critic is like a judge seeking truth. He wrote many critical articles in ’Al Garida" in 1922.

Heikal and Poetry
Dr. Heikal was a good reader of Arabic, French and English poetry. He believed that poetry should portray a heart-felt emotional concept or vision in harmonious words, touching the depth of the soul. Heikal’s conception of poetry makes him rather detached from classical poetry and closer to the romantic trend. This conception can be clearly seen in his introductions to Shawqi’s and Al Baroudi’s collections of poetry.

Heikal, as a Novelist
Heikal wrote two novels. His novel "Zeinab", written in 1914, was the first Arabic novel, in the proper artistic sense of the word. The two novels reflected Heikal’s high creativity. In addition, he wrote three books on descriptive story- telling; "10 Days in Sudan", "My Son" and "In the House of Revelation.

These writings clearly revealed Heikal’s mastery of description and portrayal of both physical events and emotions. In this respect, Heikal emerges as an eminent social writer, who develops deep into the society to express its problems. In the field of short stories, he contributed to the evolution of this art.

He wrote a number of articles, in a narrative form, including "Abys, "Simaramais", "Khaled", "For the Sake of Belief", "An Hour with a Dead Body", and "A Departed Beloved".
He made 13 successful attempts including "Love Judgment" and "Sheikh Hassan". Both of them portrayed rural life and its simplicity. While "Penance of Love" represented Heikal’s maturity in this art. Heikal used the psycho analysis method in probing the depths of his heroes.

Heikal as a Biographer
Heikal wrote many detailed biographies of various celebrities. The historical sequence of publishing such biographies reflects Heikal’s intellectual evolution as well as the evolution of Arabic culture in Egypt.

In 1912, he published the first part of "Jean Jacque Rousseau" wherein he meant to create a cultural intermarriage between the East and West that could lead to a new intellectual revolution providing an example to the West. In 1923, he issued the second part of the biography.

In 1929, he issued his book "Biographies of Egyptian and Western Personalities", in which Egyptian Personalities accounted for more than one third. This indicated that, Heikal believed that for an intellectual and cultural revival to be achieved in Egypt, examples of the ancient Egyptian rather than Western civilization should be inspired as a source of such revival.

In 1933, he first published "The life of Muhammad", which was later reprinted in three editions. This work is regarded as the best of Heikal’s writings, almost the best ever-written on the life of Prophet Muhammad. This book also marks a turning-point in Heikal’s intellectual career, towards an Arab/ Islamic orientation which later dominated his writings. This orientation, which he adhered until the end of his career was prompted by his conscious and extensive study of Islam and the life and traditions of the Prophet.

At that point, Heikal had come to the conclusion that the Arab culture and Islamic religion constituted the right path towards a new, firmly established civilization. This belief was reflected in his later writings.

These were his Islamic writings, although he continued, until shortly before his death to contribute with miscellaneous articles to newspapers and magazines.

Heikal as a journalist
Heikal started practicing journalism at an early age of his career.
As a student of law he contributed to "Al Gareeda" newspaper in 1907. His article on the freedom of women attracted Ahmad Lutfi Al Sayyed’s appreciation of his style.
He continued to contribute literary and social articles to "Al Gareeda" newspaper until 1911, when he became at odds with Ahmad Lutfi Al Sayyed.

Prior to his political articles, Heikal started writing social and literary articles. He introduced a new form of articles that combined elements of the press articles and the short story worded in simple language.

In 1917, he contributed philosophical essays on predestination and predeterminism to " Al Muqtataf" magazine. He also translated a study on criticism and history by the French philosopher "Taine".

In 1922, Heikal started a second phase of his press career, he was reelected as editor-in-chief of " Al Siyasa" newspaper, the organ of " The constitutional Tory party" since then, Heikal became an advisor to the party. With the party chairman, he co-authored and approved speeches of the party leaders.

Heikal and " Al Siyasa newspaper was supported by a host of intellectuals and politicians scarcely available for any other party organ, Dr. Taha Hussein, Mahmoud Azmi, Tawfik Diab and Al Sayed Kamel.

In apprehension of the impact of the style of inter - party dialogue prevailing at that time on the cultural aspect of his newspaper, he issued the "Al Siyasa Weekly, as a cultural magazine to enhance cultural and intellectual exchanges between the East and the West.

Heikal had maintained his passion for journalism ever after the July 1952 Revolution, when he continued contributing to "Al Akhbar" and " Akhbar El Yoam" (1954-55).

He also contributed articles relating to Islam to magazines in Saudi Arabia and Pakistan.

After the suspension of "Al Siyasa Weekly", Heikal issued his book "Egyptian politics and constitutional coup d’ Etat", where he severely criticized the negative aspects of politics at that time.

Throughout his rich, hectic career, covering a wide variety of literary, intellectual and political activities, Heikal was a real pioneer and a brave knight of the Egyptian enlightenment movement.