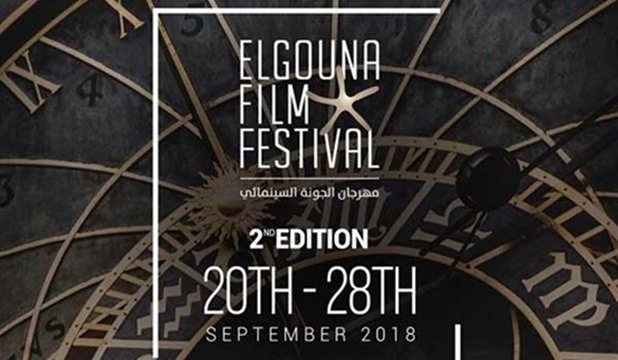 The second edition of Gouna Film Festival was kicked off Thursday in the Red Sea’s resort city of Hurghada, scheduled to run till September 28.

The film festival attracted hundreds of movies stars, producers, and directors from Egypt, and all over the world, such as Adel Imam, Ashraf Zaki, Saba Mubarak, Yousra, Mona Zaki, and others.

The festival is expected to screen 18 films out of its official activities, in addition to 23 short films, 12 documentaries, and 15 feature ones. This brings the total number of screened movies to more than 80 films.

Superstar Partick Dempsy will be attending the 2018 Gouna Film Festival as the guest of honor.

Beshay, an Egyptian cured of leprosy, decides to leave the leper colony and embarks on a journey with his apprentice Obama, to find out why his father never kept his promise to return. Yomeddine was selected for the Official Competition at the 2018 Cannes Film Festival, where it won the François Chalais Prize.

It hasn’t been long since rich tourists from around the world stayed in the luxury hotels of Sharm El Sheikh. But the Arab Spring and the confusion of the post-revolutionary period quickly robbed the city of its charm as a go-to summer resort. Saturated with elements of surreal fiction, this documentary takes us to a shimmering city of ghosts to visit its last inhabitants - the employees who feverishly dream among the abandoned hotel suites.

In Rod El Farag, one of the poorest residential areas in Cairo, obtaining daily needs is a constant struggle, but the inhabitants overcome their hardships through a social practice known as ‘Al Gami’ya’ (The Assembly). The assembly serves as a portal to penetrate the lives of the film’s characters.

ver what looks like a random conversation between two strangers who have just met; they reveal their secrets while tackling subjects of love, marriage and infidelity. They explore their reasons in a very intense dialogue, they accept one another’s cruelty, sarcasm, and marriage advice; until they reach an unexpected choice to reveal the ugly truth and they leave just the way they met… as strangers.

“What is the one thing you wish was not forbidden?” Aiesha posts the controversial question in a closed Facebook group for her burka-wearing peers. Aiesha, who is nicknamed among her peers as the “fair-eyed haori”, meets her friend Sally at the mall shortly after the post. She hides more than her body and face under her burka; and during the seemingly ordinary shopping trip, she discovers that what she hates most about her life is right over her eyes.

Amid deadly clashes with anti-riot forces, bodies start piling in Cairo's morgue. While examining the cadaver of Alaa Abu Zayd, the forensic doctor notices something unusual. The doctor, who is alcohol dependent and battles personal and family problems, writes a medical report that stirs media frenzy, public anger, and accusations of political and ethical corruption. Along with a hard-working journalist, they undertake a journey seeking facts, where their perception of truth, their principles and beliefs are challenged, and they are forced to face the dilemma of their life.

Audience Award for a film that exemplifies a humanitarian theme: (Trophy, Certificate and USD 20,000).