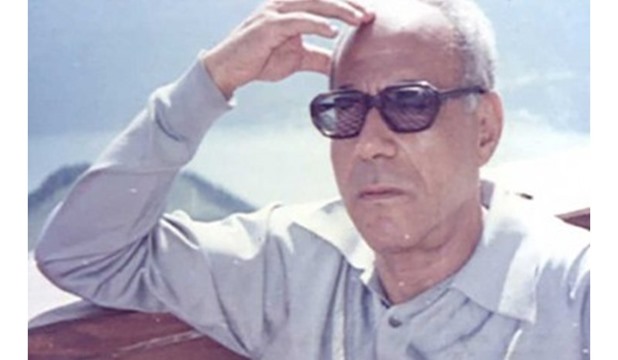 Dr. Louis Awadh was born in an Upper Egyptian village in Al Minya Governorate on December 21,1914, to a middle class family.

Dr. Louis Awadh is a prominent scholar, intellectual and literary critic. His far-reaching influence as a literary critic and dedicated scholar extended to the entire canvas of Egyptian and Arab cultural, literary and artistic scenes.

He was a genuine and exemplar intellectual who combined a firm belief in the freedom of man and the spirit of civilization and culture. He was deeply involved in the concerns of his own time, untiringly advocating new values, always associating education to the liberation of the intellect from the domination of superstitions and of man from oppression. His career was a series of literary debates, which always attracted lengthy literary controversies throughout his lifetime.

His writings were highly controversial and oftentimes going to extremes exceeding, in some cases red tape. During his career, he raised many controversial issues. As an example, he advocated, during the forties the writing of poetry in colloquial Arabic and the discarding of traditional poetic rhythm.

During the Fifties, he called for the principle of "literature for life". In association of his generation of critics and poets, such as Salah Abdel Sabour, he successfully established the "legitimacy of modern poetry".

Dr. Awadh was influenced by such interactive cultural elements that combined to give him a revolutionary inclination, manifesting itself into a constant pursuit of everything new and dissatisfaction with traditional and prevailing intellectual, cultural and creative values.
He had a firm belief in the "Unity of Culture in the World" According to him, it is easy to acquire a vocation, but it is difficult to adopt literature as a profession.

He also believed that applied criticism is the real criticism, thus making literary criticism available and integrating the cultural climate into the texture of the community. Dr. Awadh was highly concerned with meticulous linguistic structure of his literary works. It should be noted that he was strictly committed to expressing himself in genuine classical Arabic in his own highly structured, elaborate style, although once he was an advocate of writing in colloquial. In all his writings he was interested in issues related to the people’s life. His life span of 75 years was continuous series of independent intellectual work.

Dr. Louis Awadh made wide contributions in all aspects of litertary life. As a scholar, he was equally well-versed in both Arabic and Western literatures, with a deep insight into the relationship between the East and the West. He enriched the Arabic library with 50 books. Dr. Awadh will be always be remembered as an untiring militant intellectual and a source of construtive controversies.