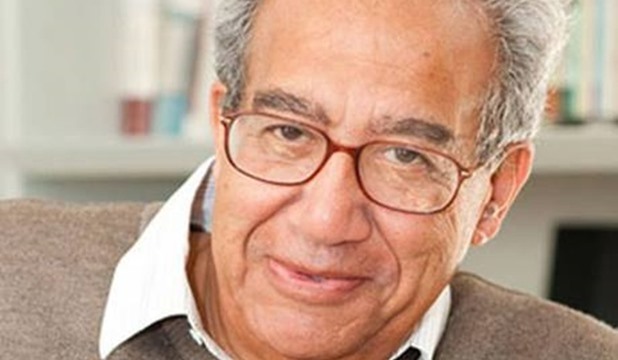 Galal Ahmad Amin was an Egyptian economist and commentator, professor of economics at the American University in Cairo. Amin studied at Cairo University, graduating LL.B. in 1955 before studying for diplomas in economics and public law. Receiving a government grant to study in Britain, Amin gained a M.S. (1961) and Ph.D. (1964) in economics from London School of Economics. From 1964 to 1974 he taught economics at Ain Shams University, also working as economic advisor for the Kuwait Fund for Economic Development from 1969 to 1974. After a year's teaching at UCLA in 1978–1979, Amin joined The American University in Cairo. He died on 25 September 2018.

Food supply and economic development; with special reference to Egypt, 1966

The modernization of poverty : a study in the political economy of growth in nine Arab countries 1945-1970, 1974

Egypt's economic predicament: a study in the interaction of external pressure, political folly, and social tension in Egypt, 1960-1990, 1995

'Whatever Happened to the Egyptians: changes in Egyptian society from 1950 to the present, AUC Press, 2000

Whatever Else Happened to the Egyptians: from the revolution to the age of globalization, AUC Press, 2004

The illusion of progress in the Arab world: a critique of Western misconstructions, 2005. Translated by David Wilmsen.

Whatever Happened to the Egyptian Revolution?, 2014. Translated by Jonathan Wright.

- Order of Merit for Science and Art, Egypt

- Award for Economics from Kuwait Foundation for the Advancement of Sciences