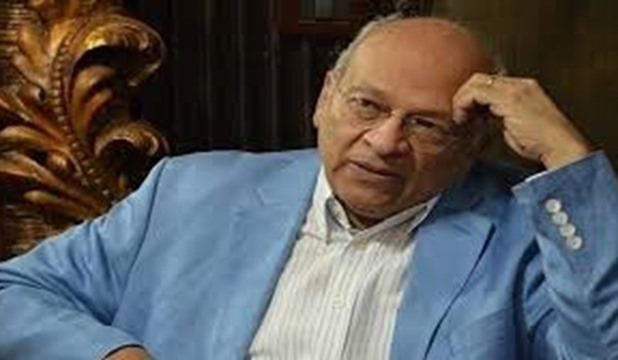 The prominent novelist Gamal el-Ghitani has won the Grand French Award for translated literature "Lora Betlouine", which is the highest French award to be bestowed upon non-French writers. He is entitled for this award due to his literal work "al-Tagalyat illuminations" published by "Editions du Seil" as "Livre des Illuminations", which was launched at the Institute du Mond Arabe in Paris, February last 2005 in 900 pages.

The award is equally shared between both the writer and the translator. The award bears the name of a French translator and a specialist in the art of the Argentinean writer "Jarge Barjis "1899-1986".

About El Ghitani, he was born in May 1945 in Sohag, Upper Egypt. He is the current chief-editor of Akhbar El Adab weekly newspaper, and author of some of the greatest novels published nowadays.

Gamal El Ghitani can be considered as a self-made man, who started reading and writing at an early age. He wrote his first short story in 1959 with the titled "Nehait El Sakeer The end of the Drunk", which was published in 1963 in Aladeeb Lebanese magazine in the same month in which he wrote a study on the book "The Soul Story" by Leon Adel.

Al-Ghitani wrote his first short story when he was fourteen years old, and made his real start as a writer of short stories and novels in the 1960s. His journalistic and literary texts have appeared in Egyptian and Lebanese newspapers since 1963. In 1966/67 he was held in a prison camp for six months due to his critical position towards President Nasser. He subsequently found work as a clerk at the Artists’ Trade Union at the Khan al-Khalili bazaar in Cairo. Later, he turned to journalism in Dar Akhbar al-Yom and he is currently chief-editor of the weekly Literature News magazine.

Al-Ghitani lectured at numerous universities world-wide, and participated in many international conferences. In 2004, he was the guest of honor at the International Frankfurt Book Fair. He speaks Arabic and English, and lives in Cairo.

He was one of the founders of "Gallery 68", the literary magazine which soon became the mouthpiece of the writers of his generation.

His work is a search for man’s place in the universe and in the dimension of time. His fascination with Medieval Arabic writings, especially the work of Ibn Iyas, the Egyptian historian, was reflected in his great historical novel Zayni Barakat.

Zayni Barakat (Penguin, 1988) is a post-modern historical novel of the first order. Like the Gulf writer Abdul-Rahman Munif’s Cities of Salt trilogy, al-Ghitani is a fly in the Arab nationalist ointment. Such literary output is firm evidence that the Arab world does contain the seeds for its own renaissance.

It is the first time for an Arab writer to achieve this senior award, which was delivered to al-Ghitani in a big celebration, in which Pierre Le Ginyo, member of the French Academy, announced the victory of Al-Tagalyat in a unanimous vote with no rival in the final qualifications, for it has multi-standard and dimensions.

A selection of his works
Some of his short stories collections:

In Translation:
Zayni Barakat (London: Viking, 1988) Translated by Faruq ’Abd al-Wahab. This novel has also been translated into 10 languages and was the first Arabic novel to be published by Penguin Books.

Waqi’i’ Harat al-Za ’farani has also been translated into English (Cairo: G.E. B. 0) and German.

Several of his short stories have been translated into English, French, German, Spanish, Italian and Hebrew.

His short story Tanin (originally in al-Ithaa wal television, 1970) was included in Egyptian Tales and Short Stories of the 1970s and 1980s, edited by W. M. Hutchins (Cairo: American University in Cairo Press, 1987).