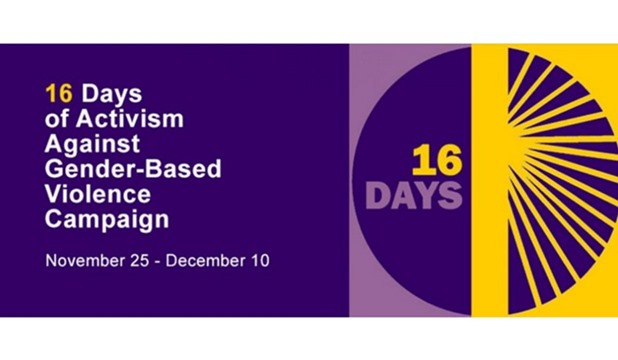 In support of the international 16 Days of Activism against Gender-Based Violence (GBV) action, the National Council for Women (NCW) participates in the event, calling for a commitment to free Egypt from violence targeting women and girls.

The campaign, which will extend throughout the 16 days, aims to both reflect on violence against women and to remind people that they can take action now and throughout the year to eliminate that violence in all its forms.

What is the 16 Days campaign?

Head of the National Council for Women (NCW) Maya Morsi confirmed that the 16 Day campaign of activism against Gender-Based Violence action was launched by the United Nations and aims to raise awareness, create a supportive public opinion everywhere to make change, combat all forms of violence against women and girls, highlighting on this problem and inviting the local and international community to seek radical solutions.

Arab Women Organization  (AWO) participates in the launch of 16 Days of Activism against Gender-Based Violence action on Sunday November 25, 2018 at the headquarters of the General Secretariat of the Arab League.

This comes in line with the UN Secretary-General's UNiTe campaign under the slogan ‘Orange the World: #HearMeToo’, which will include the launching of a joint statement on the occasion of the International Day for the Elimination of Violence to highlight the importance of tackling this phenomenon.

Egypt's Mutfi: Islam is against all forms of violence against women