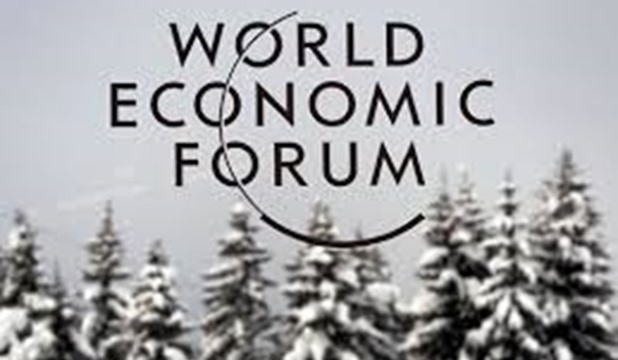 The World Economic Forum (WEF) was founded in 1971 by Klaus Schwab, a German-born business professor at the University of Geneva. Schwab invited some of the executives from the Western European firms to a non-official meeting in Davos in January, 1971 as an attempt to make the European projects and firms face the challenges of the world market.

Professor Schwab then founded the European Management Forum as a non-profit organization based in Geneva, Switzerland, and drew European business leaders to Davos for their Annual Meeting each January. The Forum developed to be world Forum after it exceeded its limited message and this made Schwab change its name to be World Economic Forum.

Davos is a municipality in the district of Switzerland in the Swiss Alps. It has a permanent population of about 12.000. Davos is the home of one of Switzerland's biggest ski resorts. At the end of every year it serves as the site of the annual Spengler Cup ice hockey tournament. It is also the host of the World Economic Forum (WEF), an annual meeting of global political and business elites.

The WEF's annual attendants are divided into:
- The members: The WEF's members are about 1.000 member companies that represent the most major economic companies worldwide.
- The participants: they are the political officials in the influential countries worldwide and some representatives of the civil society groups, such as the parties, and others of the concerned with the global economic affair.

While many global institutions are notable for the breadth of nations or the powerful political leaders attending their gatherings, the World Economic Forum Annual Meeting and indeed all the activities and initiatives of the WEF around the world are distinguished by the active participation of government, business and civil society figures, both the most experienced and the most promising, all working together in the collaborative and collegial Spirit of Davos. The participants gather to put their joint concepts on the main international and regional issues that are put forth on the WEF's agenda annually, even in the annual conferences or the exceptional sessions.

The WEF is held annually in Davos in January and in May in one of the countries that is agreed on to host it according to the bases and measures of the WEF.

The World Economic Forum, committed to improving the state of the world, is the International Organization for Public-Private Cooperation.


The Forum engages the foremost political, business and other leaders of society to shape global, regional and industry agendas.

It was established in 1971 as a not-for-profit foundation and is headquartered in Geneva, Switzerland. It is independent, impartial and not tied to any special interests. The Forum strives in all its efforts to demonstrate entrepreneurship in the global public interest while upholding the highest standards of governance. Moral and intellectual integrity is at the heart of everything it does.

Our activities are shaped by a unique institutional culture founded on the stakeholder theory, which asserts that an organization is accountable to all parts of society. The institution carefully blends and balances the best of many kinds of organizations, from both the public and private sectors, international organizations and academic institutions.

We believe that progress happens by bringing together people from all walks of life who have the drive and the influence to make positive change.