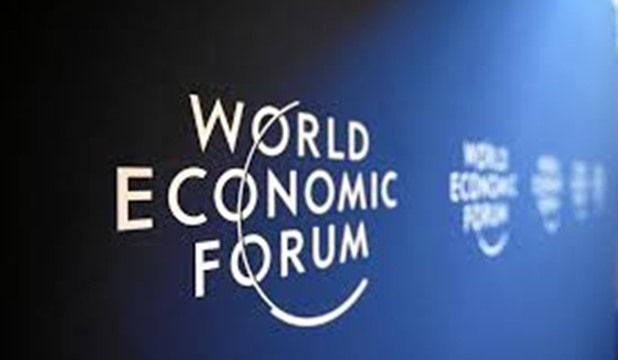 On Wednesday January 25, 2012, the World Economic Forum (WEF) was launched in Davos, Switzerland. The WEF lasted for five days and entitled "The Great Transformation: Shaping New Models". The WEF came under the current economic circumstances; as the sovereign debts in Europe and the USA exacerbate, the confidence in the political leaders shakes and the budget deficit of many countries increases.

Moreover, the WEF came in the light of a world economy that suffers from many crises with the continuous world demonstrations and sit-ins that protest against the current capitalist economic system.

More than 2600 of the world leaders participated in the WEF from the fields of politic, economy, banks, academic circles and civil society organizations in addition to some lawyers, journalists and 40 States' presidents.

The participants concentrated on:
- The solutions of the political, economic and social problems.
- Finding mechanism for facing the sovereign debts crisis of the European Union countries and the USA.
- Discussing the current and future problems through 4 main axes:
1. The economic growth and combating unemployment.
2. The necessity of engaging the emerging economies and the private sector institutions in facing the challenges globally and regionally.
3. Assuring energy, food and water.
4. Cooperation between the countries to ensure the security of the information and the electronic networks.
- The issues of the Egyptian and Arab economy topped the WEF's agenda in the 1st anniversary of the 25th of January Revolution.

Egypt’s participation in this year in the WEF was different. According to the experts, it was more efficient and more pro-active than it ever was under the ousted Mubarak regime.

The WEF invited Egypt’s Grand Mufti Dr. Ali Gomaa to address the gathering. Gomaa’s speech, read out by Adviser Ali Negm, was under the theme: “The Equalizer in Regional and International Equations”. In it, the tolerance of Islam was accentuated together with the fact that the path to political stability will inevitably lead Egypt to economic stability.

The Mufti’s invitation to the 2012 WEF was intended to spotlight Egypt’s inter-faith dialogue experience and its efforts to spread Islamic culture and cooperation among nations across the world.

A highlight on the sidelines of the event was the launching by WEF of a strategic report in cooperation with Egypt’s Dar al-Iftaa (House of Religious Opinion) on the major changes affecting the Arab region, their far-reaching global impact and the role religion plays as a principal component of national identity and culture in bringing them under control.

The Australia-based Institute for Economics and Peace presented its 2011 Global Peace Index at the event. The report expressed appreciation of the efforts exerted by Egypt’s Grand Mufti to spread the culture of tolerance among all peoples on earth. The report’s appreciation of Dr. Gomaa was based on the man’s unyielding quest for common elements in all faiths and on his commitment to improving relations between the Western and Islamic worlds.

Round-up of the Speech of Dr. Ali Gomaa, the Grand Mufti of Egypt to the World Economic Forum 2012:

In his speech to the World Economic Forum 2012, read out by Adviser Dr. Ali Negm, the Egyptian Mufti Dr. Ali Gomaa said that, just one year after the January Revolution, Egypt was as close as ever to recovering its status as an oasis of peace and security and that it is now on the path to political stability which will inevitably lead it to economic stability.

In his speech, he stressed that in regional and international equations, Egypt stands out as the equalizer. Egyptians realize the difference between the regime they have overthrown and the State, whose institutions they must protect if progress is ever to be achieved.

Dr. Gomaa said that the real and challenging problems facing us as a nation cannot be overcome either by making speeches or by sloganeering. Egypt is blessed with experts in all fields, and with goodness that can be put to use.

The Grand Mufti called on all political parties and trends to desist from raising trivial issues and to immediately launch into real objective discussions of the crucial issues.

Dr. Gomaa further appealed to the international community to provide all kinds of assistance to Egypt without dictating conditions or interfering in the internal affairs of the country.

The Mufti asserted that a spirit of religious tolerance prevailing between Muslims and Copts in Egypt for the past 14 centuries represents a major identity component making us a strong nation capable of effecting change; Egyptians, he said, should work to preserve that spirit.

Dr. Gomaa said Egypt stands a beacon symbolizing middle-of-road moderate Islam and advocating acceptance of the other. The bond between Dar al Ifta and people all over the world is strong. In 2011 alone, more than 4,000 Fatwas (religious opinions) were issued using state-of-the-art communication channels including the social networks.

The Mufti highlighted Dar al-Ifta’s commitment to international peaceful efforts in the fields of inter-faith dialogue with the intent of spreading the culture of tolerance and building bridges of cooperation and understanding. Dar al-Ifta, he said, is opposed to fanaticism and Islam phobia, both of which are manifestations that jeopardize all efforts exerted towards achieving world understanding and peaceful coexistence.