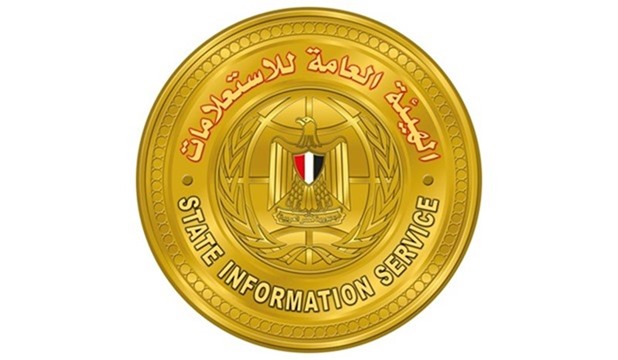 The President reviews Egypt's achievements to the World Economic Management Board
President Abdul Fattah El-Sisi left for Japan on his second visit since 2014 to attend the 2019 G20 Summit that will be held in Osaka on June 28-29, at the invitation of Japanese Prime Minister Shinzo Abe to hold their fourth summit.

Their first summit was held in New York on the sidelines of the 69th session of the United Nations General Assembly in 2014, and the second in Egypt  was in 2015, and the third in Japan in 2016.

According to a report edited by the State Information Service (SIS), President Abdul Fattah El-Sisi visits Japan to participate in the G20 summit, which includes the largest 19 countries in terms of economic standards (GDP), along with the European Union.

Although Egypt is not a member of this group yet, receiving such invitation to attend this summit is of a  great importance for several considerations, salient of which are Egypt's presidency of the African Union as the President will speak on behalf of all African countries and their aspirations for progress and international cooperation aiming to achieve development and facilitate the integration of developing countries, especially the African ones, into the world economy, as well as to facilitate trade exchange, technology transfer and investment promotion to Africa in the fields of infrastructure, energy and others, in addition to the coordination concerning political, peace and security issues in Africa and the world.

Egypt's invitation to this summit is also an indication of the strong relations between Egypt and Japan in all fields, and an appreciation of the Japanese leadership to Egypt and its leadership as well as its positive role not only in the continent of Africa but also in the Middle East and the world.

Finally, Egypt's invitation to this great global economic forum is an appreciation and recognition of Egypt's economic achievements over the last five years, according to all indicators of the global economic and financial institutions.

This is the second time that President Abdel-Fattah Al-Sisi has been invited to participate in the summit of the major economic countries, where he participated in the G20 Summit held in September 2016 in Hangzhou, China, at the invitation of Chinese President Xi Jinping. However, this time, the President's visit carries many indications, and includes many activities and important meetings on many fields.

• According to the SIS report, the visit will include Egyptian-Japanese talks at the summit level to promote the good and growing bilateral relations and follow-up the achievements accomplished since the visit of President Abdel Fattah El-Sisi to the Japanese capital Tokyo in 2016, whose final statement included the adoption of a joint action plan entitled "Cooperation for a breakthrough and a new phase in bilateral relations", in addition to the joint agreements signed in the fields of education, energy, health care and others, which were actually reflected in the increase of the Japanese investments in Egypt during the fiscal year 2017-2018 by 75% compared to the previous year, and the increase in trade exchange to exceed $ 1.5 billion in 2018 compared to less than one billion dollars in 2017, as well as doubling the activities of the Japanese Agency for International Cooperation "JICA" in Egypt.

On the G20 summit level, Egypt's participation in this summit opens a wide scope for strengthening the international relations of the Egyptian economy.

This group is considered the "board of the world economy" in terms of the importance and impact of the 20 members of the group on the economic developments of the whole world.

According to the State Information Service, the relations between the two countries roots back to about 157 years ago, since the 19th century, when Japan began exploring the Arab region in 1862 and the Samurai mission was sent to Egypt to learn about its modernization experience, where the Japanese learned from Egypt their experience in the Arabization of Western medicine, the regulation of railways and the legal system of hybrid courts.

The modern relations between the two countries were established in 1922 since Japan has officially recognized Egypt's independence on 7 April 1922.

In 1954, Japan raised its commission to an embassy. In 1982, Japan opened a Consular Office in Alexandria.

Over the past decades since World War II, Egypt and Japan have converged views concerning many international issues, such as disarmament, peacekeeping, environment protection and dialogue among civilizations and cultures.

In the past five years, the Egyptian-Japanese relations have witnessed a positive development, especially in terms of cooperation in the fields of economy and development.


There were several visits paid by the officials of different fields in the two countries.

In addition to the three-summits held in New York, Cairo and Tokyo, attended by President Abdel Fattah al-Sisi and the Prime Minister of Japan and the great outcomes resulted in these meetings, in recent years, there were also many visits paid by Japanese officials to Egypt.

These visits include that of Japanese Defense Minister Tomohiro Yamamoto on 14/9/2017 to support cooperation and military relations between the two countries.

On 20/11/2018, a delegation representing the Japanese Businessmen Association and representatives of 30 Japanese companies that have investments in Egypt in the fields of automobile industry and food industries visited Egypt to discuss cooperation between the two countries, especially in financing top-priority investment projects in Egypt.

On Feb. 24, 2019, Inzai, Chairman of the Council of Science and Technology of Japan visited Egypt to discuss means of supporting cooperation in the fields of information technology and artificial intelligence.

On 23/4/ 2019 Masaiuki Tanimoto, Regional Director of the Japanese Bank for International Cooperation visited Egypt and  met with Minister of Electricity Mohammed Shaker, where the two sides discussed means of supporting and enhancing cooperation.

On the other hand, there were numerous visits paid by Egyptian officials to Japan. On 18/5/2017 Dr. Ali Abdel-Aal, Speaker of the House of Representatives, led a parliamentary delegation to visit Japan, which is considered the first visit of its kind by an Egyptian parliament speaker in the past 23 years.

Moreover, Pope Tawadros paid a visit to Japan during August and September 2017, and met the Japanese Foreign Minister and the Mayor of Tokyo.

On December 18, Minister of Investment and International Cooperation Dr. Sahar Nasr visited Japan to promote investment in Egypt. During the visit, the two sides signed a grant agreement worth of 993 million Japanese yen, representing the second tranche of supplying educational and research equipment to the Egyptian University of Science and Technology.

On 5/10/2018, Foreign Minister Sameh Shukri paid a visit to Japan to participate in the ministerial meeting of the Tokyo International Conference on African Development (TICAD).

On 7/10/2018, Minister of Higher Education and Scientific Research Khalid Abdul Ghaffar visited Japan to participate in the 15th Session of the Forum on Science and Technology in the Community.

Economic Relations
The report of the "State Information Service" states that the visit of President El-Sisi to Japan in 2016 opened new areas in the bilateral relations through bringing the Japanese experience to Egypt in many areas, and encouraging Japanese investments to Egypt.

The Japanese investments in Egypt increased reaching 162 million dollars in the fiscal year 2017/2018. Besides, about 106 Japanese companies operate in Egypt.

JICA and Development Cooperation
Through its soft loan and grant programs, Japan funds several projects in Egypt, notably the Grand Museum project, as well as development and environmental projects, including the Egyptian-Japanese University of Science and Technology and the fourth line of the underground metro, along with several important investment projects in the fields of trade, industry, transport, agriculture, electricity, private sector development and small and medium enterprises. Funding and grants from Japan to support education in Egypt amount to $ 282 million, of which $ 169 million is dedicated for the Egyptian-Japanese schools.

In March 2019, Egypt and the Japan Bank for International Cooperation signed a memorandum of understanding to support development and investment projects in Egypt until 2022, on the sidelines of the Egyptian-Japanese Investment Forum, which was held in the presence of a number of officials of the two countries and 50 major Japanese companies and members of Egypt- Japan Business Council.

The Japanese companies asserted their keenness to inject new investments in Egypt in light of the improving investment climate.

Educational Partnership
The report highlighted that Egypt is keen to enhance the bilateral cooperation mechanisms especially in science, technology, innovation benefit from the Japanese experience in establishing science and innovation city in The New Administrative Capital, the higher science academy, and exchange of experiences between the Japanese and Egyptian scientists in the research domains of mutual concern.

Egypt benefits from advantages of the Japanese education through the facilities provided by the Egyptian government for building the Japanese schools in Egypt and Egypt- Japan University in Borg al-Arab.
Tourism

Japan is considered one the most important markets to the Egyptian destinations especially the cultural tourism. In 2010, about 126000 tourists visited Egypt, but later on it dropped sharply. In 2018, the figure rebounded and scored 42000.It is expected that this figure will multiple especially there have been two weekly air flights between Cairo-Tokyo since 2017.

The President in G20 Summit

Concerning the G20, which the President will attend its summit in Osaka, the report stated that the G20was created on the sidelines of the Group of Eights(G8) of the eight highly industrialized nations in Washington on September 25,1999.Its target was cementing the international financial stability and creating dialogue opportunities between the industrialized nations and the emerging countries.

Members of G20belong to G8, 11 nations of emerging economics and the 20th member is the European Union represented by Speaker of its parliament and the European Central Bank.

Egypt and Osaka Summit 2019
Besides Egypt, Japan extended invitations to Singapore, The Netherlands, Vietnam, Chile, Senegal, and Thailand because these countries are related to the issues listed in this summit agenda. Among those who were also invited are nine international organizations including U.N, the World Bank, the International Monetary Fund, World Trade Organization, the African Union and Asian Bank.

The agenda will focus on holding consecutive sessions to debate ways of achieving sustainable development rates.

It includes also means of providing finance to the comprehensive health insurance systems in the developing countries, being a necessary structural reform to the developing peoples, besides discussing the states strategies to guarantee keeping rates of debts at sustainable and stable levels.

The summit will discuss dealing with the structural changes, resulted from innovation and globalization, the financial and economic orders face, and means of responding to these new changes to ensure the growth of the global economy and stability of the financial and monetary order. These priorities conform to the targets of the Egyptian reform program.

President Abdel Fattah El-Sisi shall brief the summit on the Egyptian successful development experiment and its vision to foster the international efforts to push the development process in the African continent that Egypt in its capacity as president of the African Union, and G20 will continue supporting the initiative of G20 Compact With Africa(CWA)launched in 2017 to back the reforms in Africa, as 12 African countries have joined it so far and promising goals have been  achieved in the area of amalgamation of the African reform agenda  with the pillars and principles of the initiative, which seeks also attracting foreign investments to Africa especially in the main sectors.