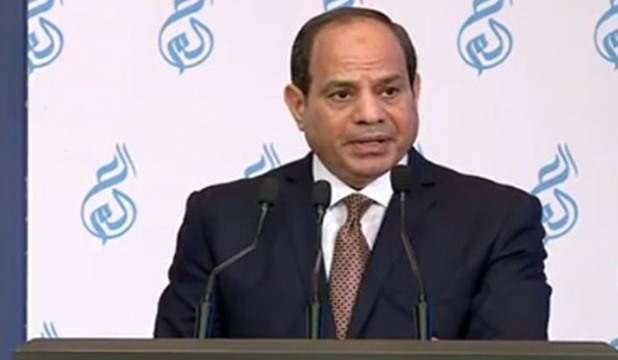 President Abdel Fattah El Sisi witnessed on Sunday August 18, 2019 a celebration on the Science Day which was held at the Al Manara International Conference Center in New Cairo.

The "new Egypt” is making science and advanced education a priority, said Egypt’s president at a celebration of Science Day.

Egypt's President Sisi has underlined that Egyptian scientists play a pivotal role in the country's development.

"Allow me in my name and in the name of the great Egyptian nation to salute Egyptian scientists who deserve all the appreciation for their relentless work," El-Sisi said in a speech marking Science Day.

He said that the "new Egypt" devotes special importance to science, adding that developing the country's educational system is a top priority.

Declaring 2019 in Egypt the "Year of Education” was intended to demonstrate the respect given to science and scientists, according to Sisi.

"We pay science and scientists paramount importance," El-Sisi said, pointing at a current policy by the state to rehabilitate universities to tailor to the demands of the era.

The Egyptian president honoured a number of the country's scientists, including professors and researchers, who received prestigious state awards.

President Sisi honored a number of scientists who received the Nile and State Appreciation Awards in science and technology in a celebration held at Manarah International Conference Center in New Cairo.

The honored scientists include the winners of the Nile Award for 2017 and 2018 namely; Prof. Mohammed Abdel Qader Ali, Nephrology Professor at Mansoura University and Prof.Gamal El Din Ibrahim Mohammed, Professor at Azhar Faculty of Medicine.

The honored scientists also include Prof. Nabil Abdel Basset, a researcher at the National Research Institute, who won the State's Award in Advanced Technology Science.

As per winners of the state awards in advanced technological sciences, the honored scientists include Prof. Sherif Hussein Abdel Raziq of the Post Graduate Studies and Research Institute of Alexandria University, Prof. Desouqi Ahmed Abdel Aleim of the Scientific Research City of Borg el Arab, Prof. Hisham Gaber el Anani of the Faculty of Medicine, Cairo University as well as the Engineering Science Professor Amir Fouad Sureil of the Faculty of Engineering at Cairo University.

The president also honored winners of state awards in science and art for 2018 including Professor Mohamed Labib of the Faculty of Science, Tanta University, Prof. Tarek Abdel Monem Al Deyasti at Mansoura University among others.

A documentary was screened under the title "We Can by Science" on the initiatives and projects launched to promote science and innovation in addition to putting into effect scientific research serving new and renewable energy, water desalination and agriculture domains.

The film underlined the political leadership's awareness about the importance of science in view of the era's needs.

In the film, Minister of Higher Education and Scientific Research Khaled Abdel Ghaffar said Egypt was one of the first countries that encouraged scientists as it established a scientific research academy in 1971.

There are 59 state awards in various fields to assess the performance of scientific research in Egypt.