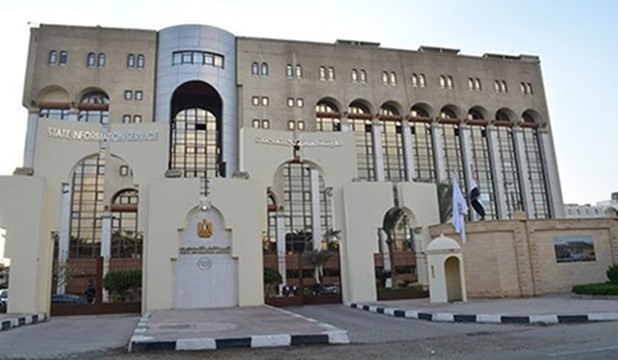 Few hours after President Abdel Fattah El-Sisi’s participation in G7 summit in Biarritz, France, where he strongly defended Africa’s right to a fair partnership for stability and sustainable development in addition to counter terrorism and equity, the President, in his capacity, as President of the African Union and a leader who enjoys the world’s respect and appreciation for his policy and country and its constructive role in the region, continent and the world, went to Japan to attend the 7th Tokyo International Conference on African Development (TICAD) scheduled for August 28-30,2019.

This is the president’s third visit to Japan since 2014 and the second this year. The last visit was in June to attend G20 in Osaka.

The President will meet Japanese Prime Minister Shenzo Abe. This is their fifth meeting since the first one in New York on the sidelines of the UN General Assembly meetings in 2014. Their second meeting was in Egypt in 2015, the third in Japan in 2016 and the fourth last June in Osaka.

Egypt and Japan will co-chair the conference in the light of Egypt’s current presidency of the African Union. This event will support Egypt-Japan cooperation in Africa in a way that shall achieve the African’s development aspirations.

Egypt views that the last TICAD (6) held in Africa, had opened a new chapter of bilateral cooperation with Japan. Egypt also views that TICAD as a comprehensive and open mechanism can mobilize more global support to develop Africa through partnership with many parties concerned including the private sector.

TICAD (7) will discuss three axes on acceleration of economic transformation, improvement of business and investment environment through the private sector’s engagement and boosting pillars of security and stability in the African continent.

About 40 African countries are expected to attend the event including heads of state and government.

The Japanese policy towards Africa focused on the development dimension. Japan plays a prominent role in providing official aid for the African countries as it became one of the main donors through the "Aid Program for Supporting Development in the African Continent". Moreover, statistics indicate that Japan became only in four decades, one of the main sources of foreign aid for the African continent. In June 2013, Japan pledged to the African leaders to support the public and private sectors by $32 billion to enhance growth in the continent and encourage Japanese companies to invest there in five years. Moreover, the package contained official aid valued at $14 billion and $6.5 billion to upgrade the infrastructure field.

Japan also committed to invest about $30 billion in Africa during three years (2016-2019) in the framework of partnership between the public and private sectors to implement measures that focus on developing high-quality infrastructure and enhancing the health systems. This was made in Tokyo International Conference on African Development (TICAD), held for the first time on African land in the Kenyan capital, Nairobi in 2016.

The "Tokyo International Conference on African Development"(TICAD) was launched in 1993 upon an initiative from the Japanese government to strengthen the high-level political dialogue between the African leaders and their partners in development, mobilize support for the African development initiatives and the global concentration on the importance of the African issues. The summit idea emerged after the end of the Cold War to encourage the developed countries to show interest in Africa and provide aid to it.

Organization of TICAD Conference is Undertaken By:

·       Boosting high-level political dialogue among African leaders and their partners.

·             Creating an international frame to facilitate implementation of development in Africa.

The first TICAD conference was held on 5-6/10/1993 to embody beginning of a new phase in the history of Japanese-African relations and reach a consensus about priorities of development in Africa. Some 49 African and Asian countries, 12 donors and 8 international organizations attended the conference.

“Tokyo Declaration for Development in Africa” was adopted. It stands as a general frame for development and stresses Africa’s own support to its development.

The second conference was held in Tokyo 19-20/10/1998, where 80 countries, 40 international organizations and 22 non-governmental organizations attended. They adopted “Tokyo Action Plan”. Japan said it was committed to the agreed-upon-targets like education, health, population and measures to assist the poor, besides the economic development (Private sector, industrial and agricultural development and foreign debts) and bases of development (good governance, preventing conflicts and post- conflicts settlement development).

The third conference was held in Tokyo on 29/9-1/10/2003 with participation of 89 countries including 23 African and 47 international and regional organizations. Japan declared its new attitudes to assist the African states through establishing security and peace. The Japanese Prime Minister announced allocation of $ one billion for Africa throughout 5years in water, health and education.

The fourth conference was held in Yokohama, where 51 African countries, representatives of 34 states members of G8 and Asian states and 74 international and regional organizations attended. Japan pledged about $4 billion in loans to help Africa develop its infrastructure and raising the technical cooperation grant throughout 5 years in the future. It also pledged to establish Japan Bank for International Cooperation (JBIC).

The fifth conference was held in Yokohama 31/5- 3/6/2013 under the title: “Hand in Hand with More Dynamic Africa”, where 51 African states, 31 Asian states and partners, representatives of 72 international and regional organizations, representatives of the private sector and civil society attended. The conference highlighted 3 axes:

Second: Japan is interested in enhancing its economic ties with Africa, being a promising market and having high rates of growth and huge natural resources.

Third: cooperation with Africa to settle other issues like recon structure of the UN Security Council and climate change.

The conference witnessed signing of 73 commercial agreements between Japanese and African companies to industrialize the raw materials instead of only export them.

The Prime Minister declared a package of pledges including pumping $ 30 billion investments from 2016-19, establishing Japanese–African economic forum, training 1500 Africans, training 30000 technicians and engineers to consolidate the industrial sector, training 20000 employees in the health sector and establishing a $ 500 million-capital-fund to support this sector.

TICAD (7) conference will tackle a number of important axes and activities including:

-Holding the 2nd round of the public and private sectors on the high-quality infrastructure between Japan and Africa on 27-28/8/2019, where 14 African countries will participate including Egypt, Tunisia, Morocco, Cote d’Ivoire, Ethiopia and Ghana.

-Holding a ministerial seminar on science and technology, organized by Japan’s Ministry of Education, Culture, Science and Technology on 28/8/2019.

-Holding a ministerial roundtable, organized by Japan’s Ministry of Communications on information technology for the service of social and sustainable economic development in Africa.

-Holding a Japanese-African Forum, organized by JETRO with 150 specialized Japanese companies attending on 29/8/2019.