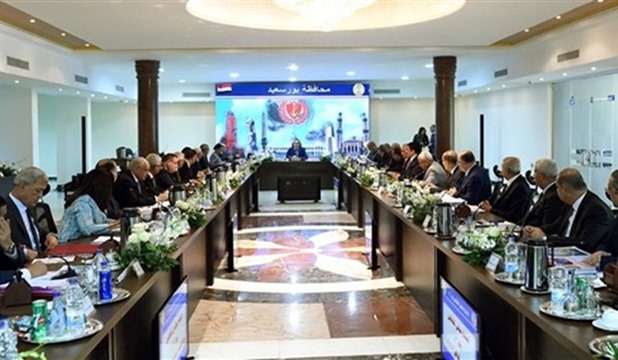 The Council of Governors reviewed, during its meeting on Thursday 19/09/2019, a number of Ministry of Transport's projects including a project for developing the railway crossings and stations nationwide.

The council also discussed work progress achieved in removing the encroachments on lands belonging to the national railway authority and proposals on investing in these lands and removing all obstacles facing such investments.

This came during the seventh meeting of the Council of Governors held in Port Said for the first time under Prime Minister Mostafa Madbouli.

The transport minister pointed out that there are land encroachments on 142 railway crossings in several governorates that are needed to be removed. The premier ordered the governors concerned to remove these encroachments immediately.

El Wazir also noted that as many as 223 land encroachment cases were registered on the properties owned by the railway authority.

The meeting also touched on the measures carried out by the governorates to implement the law of settling the illegally-constructed buildings cases.