"Stay At Home ... Culture Between Your Hands" initiative 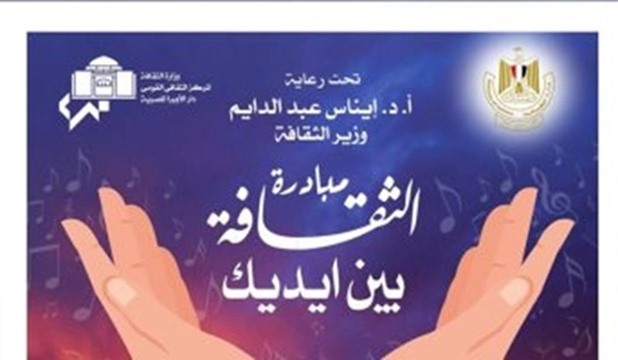 Culture Minister Enas Abdel Dayem said that the Culture Ministry has launched on March 24 the "Stay At Home... Culture Between Your Hands" initiative to encourage citizens to stay at home to prevent the spread of the novel coronavirus.

She explained that the initiative's materials are available on the ministry's channel on YouTube, noting that it has so far attracted 11.5 million visitors and registered 1.3 million views and 83,000 subscribers from 25 countries, including Egypt, Saudi Arabia, the United States, the UAE, Canada, Kuwait, Germany, the UK, France, the Netherlands, Jordan, Oman, Bahrain, Iraq, Tunisia, Italy, Morocco and others.

The minister pointed out that 59 percent of the viewers were youths, while 20,000 readers visited the ministry's website to read its publications.

Minister of Culture Inas Abdel Dayem agreed with the Minister of State for Information Osama Haikal to broadcast the initiative's programs daily on Egyptian TV channels.

Head of the National Media Authority Hussein Zain set a fixed date for the broadcast on the second channel at 9 p.m. starting Wednesday, March 25.

Abdel Dayem said that the agreement is a model for the solidarity of state institutions and comes within the framework of efforts that urge the citizens to abide by the precautionary decisions and measures issued by the Egyptian state in order to maintain public safety.

The minister of culture indicated that the broadcasting on the Ministry of Culture’s YouTube channel continues, especially after achieving a huge viewership, which represents an unprecedented success.

Abdel Dayem added that the creative material that is broadcast on the ministry’s official YouTube channel includes theatrical performances, nights of the Arab Music Festival, Omar Khairat’s concerts, and much more related content.