Mahmoud Reda … the pioneer of folk dance in Egypt 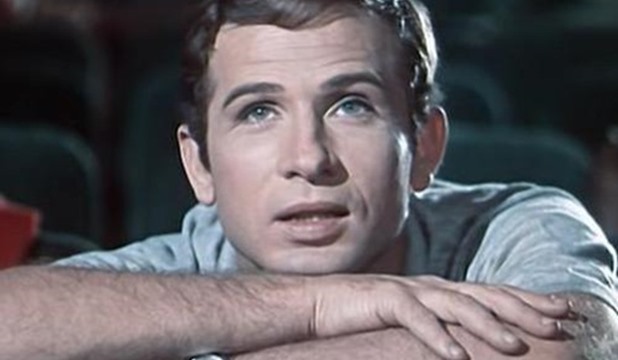 He is a unique artist who combined performance and acting. "Beauty" was a keyword and a slogan for Mahmoud Reda and his art. He was not only an artist who performed and designed dances, but he embodied in them his spirit and his vitality.

Artist Mahmoud Reda, who passed away on Friday, July 10, 2020, left a long history of artistic creativity that will remain vivid with the passage of time.

Mahmoud Reda, refusing to find a job with his major as he graduated from the Faculty of Commerce, was educated by his brother, Artist Ali Reda to begin his journey of artistic creativity beginning his film career as he first appeared in the film "Ohibak Anta" (I Love You) in 1949, in which he featured a dancer. After that, he participated in the film "Baba Amin" by Youssef Shahin. The films in which Mahmoud Reda appeared in the role of a dancer followed one another, including  "Aghla min enaya" (more precious than my eyes),  "A'rosat Al-Moled" (the doll), "Fata Ahlami" (my prince charming), and others.

Mahmoud Reda's journey with dancing began for the first time in the film "Nour o'youni" with the late Naima Akif, in addition to his work as an assistant to his brother Ali Reda who worked in presenting dances that needed groups of dancers. So, he asked his brother, Mahmoud, to participate in them. During one of Mahmoud Reda's interviews with one of the Argentinian dance troupes at Al-Nahhas Studio, he was asked to present his dances. The members of the troupe were impressed, so he started working with them for two pounds a day. He worked with them in Egypt, Rome, and Paris.

The late Artist Mahmoud Reda had a constant struggle. In addition to learning from his brother Ali, he used to go to the cinema and watch films that included dances and shows. He may watch the film more than twenty times to learn and improve his performance. Moreover, gymnastics played a prominent role in his fitness and the flying leaps that characterized his dances.

Mahmoud Reda was proud of the title 'The Artist of the People': the title he deserved after he founded Reda Troupe, which formed an entity for artistic shows in Egypt and the Arab world. Thus, after dancing was just a hobby for the late Mahmoud Reda, it became a career that combines his talent and creativity. He began forming his troupe with the participation of the first dancer, his brother Ali Reda and the first female dancer, Farida Fahmy. The troupe presented its first performances at Azbakiya Theater in August 1959. The troupe began with thirteen male dancers, thirteen female dancers, and thirteen musicians, until it reached one hundred and eighty dancers in the 1970s.

He  participated in many films, including: "Saher Al-Nesaa" (Lady-killer), "Koloub Ha'era" (Bewildered Hearts), "Agazet Nos Al-Sana" (Mid-year vacation), "Ghram fi Al-Karnak" ( Love in Karnak), and others. However, despite the fame he gained in the field of acting that could have taken him and wasted his talent, especially that being a very handsome man could have qualified him to be a big film star, he didn't pay attention to this matter. On the other hand, he concentrated on his work as a dancer to innovate to develop his art and did not rely on being a 'handsome dancer'.

Mahmoud Reda was deeply in love with his first wife Khadija Fahmy, the sister of his partner, Farida Fahmy. He loved her dearly and lived with her, who had a health crisis; a rheumatic heart, until she passed away. Then, he began a new journey in his life after marrying the Yugoslavian Rosa, the mother of his daughter, Artist Shereen Reda, who came to complete the family's success story.

Mahmoud Reda will remain a milestone in the history of Egyptian culture and art. He is an artist with a special talent and creativity who made "identity" his motto throughout his life career. Mahmoud Reda will remain alive with his art, which will never die. His art will teach future generations not only the love of dancing and shows, but also the love of the homeland and how to provide a real enjoyment for the audience.