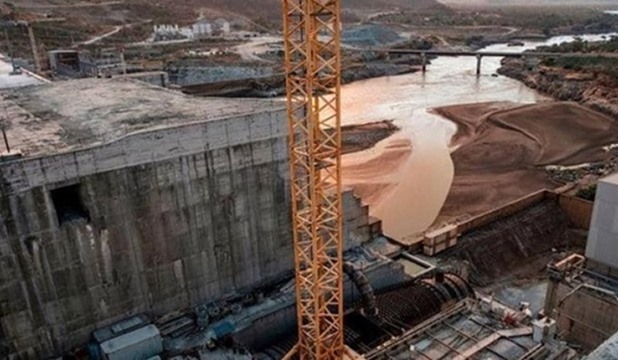 A new round of negotiations between Egypt, Sudan, and Ethiopia over the latter’s disputed Nile dam will start on Monday 3/8/2020, via video conference, under the auspices of the African Union (AU). The US, the European Commission, and the AU Assembly Bureau will act as observers.

The meeting has been postponed for a week upon the request of Sudan, for further internal consultation.

The rebooted talks are scheduled to last for about two weeks, and aim to settle the pending technical and legal points, in a bid to reach a final binding agreement.

The recent round of negotiations on the Grand Ethiopian Renaissance Dam (GERD) was also observed by the AU Assembly Bureau, in addition to representatives from AU member states, the US, and the European Union (EU).

During the previous meetings, Egypt and Sudan had expressed their concerns about the unilateral GERD filling by Ethiopia. They said the move cast a shadow on the talks and raised many questions about their feasibility to reach a fair agreement on the dam filling and operating, as previously warned by the two countries, according to a previous statement of Egypt’s Ministry of Irrigation.

Meanwhile, the Minister of International Cooperation and Foreign Affairs of South Africa had emphasized the need to reach a full and operational agreement that would lead at a later stage to a comprehensive agreement on development in the Blue Nile.

Additionally, Sudanese Minister of Irrigation and Water Resources, Yasser Abbas, called for giving a greater role to experts, and limiting negotiations to the disputed points, besides proposing a specific agenda for the upcoming two-week negotiations.

He also called for preparing clear protocols to exchange information and reports between the involved parties, and build on what they agreed upon in last negotiations.

Abbas noted that the most problematic issues regarding the GERD were legal not technical.

Egypt, which relies on the Nile for 95% of its fresh water, fears the Ethiopian dam will significantly reduce the river’s flow, especially during the filling stages through periods of drought or dry years. Ethiopia, on the other hand, says the project is necessary to its development.

After the last round of AU-brokered talks in July, Egypt said it had agreed with Sudan and Ethiopia to prioritise reaching a legally binding deal on the filling and operation of the mega-dam. The AU also called on the three nations to “work expeditiously to finalise the text of a binding agreement.”