GEM is the largest cultural cooperation for Japan-ambassador 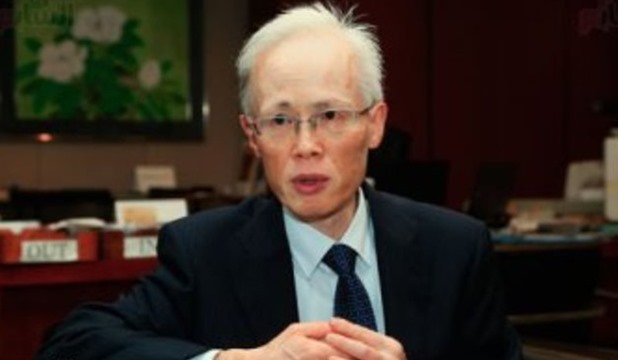 Japanese Ambassador in Cairo Masaaki Nuki  said that his country's contributions to the Grand Egyptian Museum project are amounted to about  8 million $ , which is considered the largest cultural cooperation for Japan worldwide.

The Japanese ambassador to Egypt confirmed  in a statement that was issued on Monday August 10,  that Japan will continue its cooperation with Egypt with the aim of opening the museum next year, and will work to make from the Grand Egyptian Museum  a model for cooperation between Japan and Egypt for a long time in the future.

The Japanese ambassador praised the Egyptian workers who are working hard to build the museum and prepare for its opening, despite the severe heat wave and the critical conditions because of the Coronavirus pandemic

Nuki pointed out that he exchanged views with Major General Atef Moftah, the general supervisor of the Grand Egyptian Museum, who confirmed that the work of the museum is progressing at a steady pace.

He pointed out that the Grand Egyptian Museum is the largest archaeological museum in the world that comprehensively defines the ancient Egyptian civilization, and is a cultural contribution to the whole world.

It is worth mentioning that the acclaimed American news-based pay television channel CNN presented  a 30-minute Inside the Middle East special program explores the conservation of treasures, the exhibits of the Grand Egyptian Museum and what it means for Egypt.

Before its inauguration, Nick Glass reports for CNN’s Inside the Middle East and goes behind the scenes at the museum, exploring the exhibits, conservation work and the museum’s significance as a major new archaeological and cultural destination.

The Grand Egyptian Museum which is regarded as Egypt’s gift to the world, is the biggest archaeological museum ever created and will house the greatest collection of artefacts from the unique ancient Egyptian civilization.

In the program promo, CNN said that this month a special inside the Middle East, visit the largest museum of its kind dedicated to one civilization. ‘’ See Tutankhamun as u have never seen him before’’

‘’ We thought we should built the largest museum in the world, Cairo will be the city of museums’’ Acclaimed Egyptian Egyptologist Zahi Hawass said in the program promo.

The Grand Egyptian Museum will be the largest museum in the world dedicated to ancient Egyptian culture.

This is one of a kind museum is tailor made to preserve and exhibits Egypt precious national heritage with state-of-the-art conservation laboratories, along with educational facilities, temporary exhibition halls, a children’s museum, a conference centre, restaurants, cafes, shops and large gardens for everyone to enjoy.

GEM will house over 5000 artifacts of Egypt’s most famous king Tutankhamun, from his royal tomb, many never seen in public before. The Main Galleries show material from the Prehistoric to the Roman periods, while our entrance areas focus on Kingship and Power. All GEM exhibitions will be contextualised for the visitor, with stories, texts, digital interactives and media displays.

The cherry on top that Grand Egyptian Museum will contain the first ever hanging obelisk on show at the entrance of the museum.

GEM’s Executive Affairs for Restoration and Transportation of Antiquities Eissa Zidan said that the restoration and construction of the world's first hanging obelisk will be completed soon and placed in front of the main facade of the museum, the bottom of the obelisk will contain the cartridges of King Ramses II.

Zidan added that the aim of the obelisk design made by General Supervisor of the Grand Museum Atef Moftah, is to make GEM’s visitor able see the cartridge from below.

The design allows the visitor to enter the obelisk base to see the archaeological base below it and by looking at the top of the obelisk, cartridges of King Ramesses II can be seen.