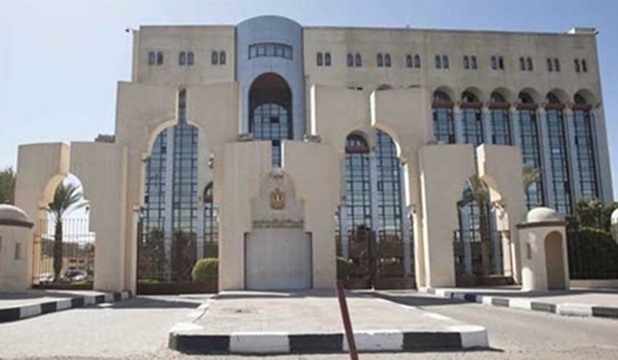 International media continued their coverage of the Senate elections on its second day, whether through correspondents present in Egypt, who numbered 564 correspondents representing 163 media institutions, and accredited by the National Election Authority to carry out media coverage, or through what was published and broadcasted by the various media outlets worldwide.


The Chamber received throughout day 5 complaints from some foreign media institutions about some of the difficulties they faced during the coverage but resolved in coordination with the concerned authorities, and the Chamber has not yet monitored any allegations regarding the integrity of the electoral process or the practice of any kind of violations in the voting committees.


The State Information Service monitored a large number of what was published by the international media on the second day of the elections.


The first remark in this regard was the calmness in the international media reporting on election news and publishing reports about it on the second day compared to the first day, in light of the stability of all matters related to the voting process and its smooth and regular running in all security, procedural and political aspects.


A report issued by the State Information Service indicated that correspondents of the international media covered the electoral process in all governorates of Egypt freely and without any obstacles for the second day in a row.


The SIS report highlighted that most of the coverage focused on some aspects, including:

-A remarkable turnout of women and the elderly to cast their votes amidst strict security and preventive measures to face the Coronavirus, with a great level of commitment among each and everyone in the electoral process to wear the mask from the heads of commissions, employees, candidate agents and media representatives. Also, some commissions witnessed the installation of a sterilization gate at their entrance.


-The voting continued for two days and witnessed a great competition among the candidates for individual seats.


-The new Senate will improve political participation. However, the preparatory phase that preceded the polls did not witness noticeable political activity. Analysists believe that this is due to the Coronavirus pandemic, the lack of awareness about the new Senate, abstention, and the short period of electoral publicity.


-The National Election Commission announced that “phosphorous ink will not be used by the voters in the sub-committees to prevent the spread of infection due to the Corona pandemic.


-Some foreign newspapers expected that the Senate will have legislative functions, but they admitted that it will take years because the restoration of the Senate legislative powers requires restructure of the entire political system in the country and the adoption of a new constitution.


-The Egyptian government has paid great attention to the elections and the formation of the Senate. This is a part of the large framework of the current political reforms and amendments, which are taking place on the various institutions and bodies in the country.


-Referring to Security plans to secure the Senate elections, plans to deploy forces in the main and vital sites throughout the country, using modern security technologies, and to achieve effective linkage between operation rooms and follow-up ones, as well as activating the role of checkpoints, ambushes, and fixed and mobile centers on all axes.


-The National Elections Authority announced that the ballot papers contain water and thermal marks to prevent forgery, and all security measures have been taken to transfer them to the courts of first instance in all governorates, and to hand them over to the committees following up the election process.


-The Electoral Commission, during its call for the Senate elections, Used social media platforms for publicity as one of the measures related to avoiding gatherings, which came after a study conducted by the National Elections Authority of various international experiences of democratic processes in light of the spread of the new Coronavirus.


-The Ministry of Health and Population has prepared an "info graph" on its social media page presenting the medical insurance plan for the 2020 Senate elections, as part of the Ministry's keenness to take all precautionary measures to protect citizens' health in line with the state's measures to confront the Coronavirus.


-The most prominent negative points reported by the international media, referring to the low turnout on the first day of the elections, in a number of committees, and they said that this decrease was due to the high temperature of the weather and the lack of awareness among the public with the importance of the new council.


-Some media outlets also reported the voters have limited awareness of the role and powers of the Senate. Reuters reporters saw a low turnout in at least five polling stations in Cairo, but there was a long queue of voters in one of the stations that allowed the media to take pictures of it, as the agency said.


-Concerning the two deaths that occurred among elderly voters before casting their ballots in Alexandria and Qalyubia governorates, the international media indicated that the cause of death was a sudden heart attack and a record of the two cases were edited.


-Noting that the legislation sets out the conditions for selecting candidates for the slate system, where the slate shall include a proportion of women, people with disabilities, workers and farmers. In addition to that, each list shall include three Christian candidates, two candidates from workers and farmers, one candidate with disability, one from the Egyptians abroad, and at least one woman.


-Referring to the necessity of having a second chamber of the Egyptian Parliament to put an end to legislation problems that have been repeated in the recent period, and that need an assisting council to carefully study the draft laws.


-Noting that the importance of re-forming the Senate lies in considering it as an addition to the political scene of the country and that there are guarantees that the mistakes of the Shura Council will not be repeated. It is expected that the broad slate of the election is considered a "positive precedent".


-Some Arab newspapers reviewed the opinions of a number of Egyptian parliamentarians. They confirmed that participation in the senate elections is an indication that the Egyptian people support democracy and that despite the Corona pandemic, the state succeeded in managing the electoral process efficiently. They pointed out that the Senate is a real guide as it gives more space for more discussions and that the joint agenda of the House of Representatives and the Senate will provide support to the parliamentary life.