Egypt's FM in Greece Tuesday for roundtable on Eastern Mediterranean 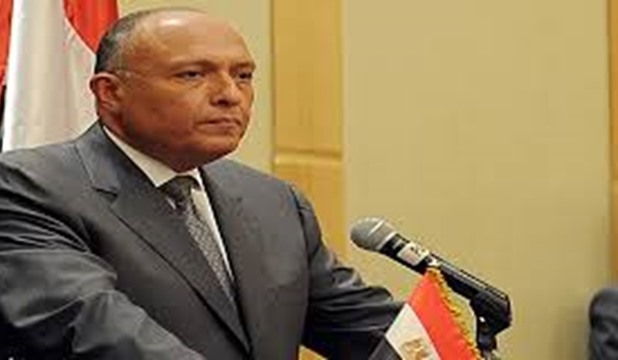 Egypt’s Foreign Minister Sameh Shoukry will head to the Greek capital of Athens on Tuesday Sept 15,2020 to take part in the 24th roundtable with the government of Greece to discuss Europe and Eastern Mediterranean developments.

The annual discussions are scheduled for 15-16 September and will be attended by officials from several countries and regional and international organisations.

Foremost among the issues to be discussed are the impact of the coronavirus on the global economy, Brexit, migration flows, economic uncertainty, and geopolitical tensions in the region.

The Egyptian foreign ministry stated on Monday Shoukry is set to have a meeting with the Greek president, prime minister, and foreign minister.

The ministry's statement added that the talks will tackle ways to enhance bilateral cooperation in various fields, as well as regional and international issues of common interest.

Tensions have been rising in the Eastern Mediterranean amid Turkey’s claims to drilling rights in the region.

On 7 August, Egypt and Greece signed an agreement establishing an exclusive economic zone (EEZ) between the two countries' borders for oil and gas drilling rights.

The Egyptian-Greek deal came after a similar agreement between Turkey and Libya’s Tripoli-based Government of National Accord (GNA) on maritime boundaries in the Mediterranean Sea was signed last year.

The accord was decried by Egypt, Greece, and Cyprus as illegal, a violation of international law, and an infringement on their economic rights.

Five countries including Egypt, Greece, and Cyprus called on the United Nations not to register the maritime boundaries deal, describing it as "illegal", particularly after the Speaker of the Libyan House of Representatives Aguila Saleh, in his letter to the UN, rejected the agreement.