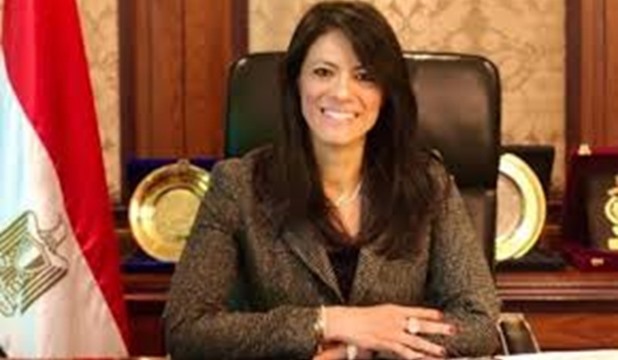 Minister of International Cooperation, Dr. Rania Al-Mashat, announced that the ministry, during the period  January to the end of August of this year 2020, signed three agreements worth about $885 million with Arab Funds  to finance the Sinai Peninsula development program, support structural reform and raise the efficiency of the government's public finance management, as well as strengthen the capacity of the Ministry of Health and Population to combat the COVID-19.

This comes within the framework ‘Global Partnerships for Effective Development’ of the ministry to promote pivots of economic diplomacy to serve human ends and goals. These pivots include regularly organizing multi-stakeholder platforms to ensure that all projects among development partners are streamlined and effectively coordinated to accelerate the pace of development; adopting a consistent Global Partnerships Narrative People & Projects & Purpose (P&P&P); and mapping ODA financing to SDGs for all projects with multilateral and bilateral development partners.

The minister stated that an agreement was signed with the Arab Monetary Fund to support the efforts of structural and institutional reform to raise the efficiency of public financial management, with a value of 153.5 million Arab dinars, equivalent to 637.9 million US dollars.

Al-Mashat added that this agreement comes within the framework of the economic reform program applied since 2016 to promote resilience and stability in economy, seeking to achieve this through 5 main objectives: the first is to improve the processes of preparing and implementing the state’s general budget, improve tax administration, improve government procurement management, and strengthen the social protection system as well as improve public debt management.

The minister referred to the strategic partnership with Arab financing Funds, especially for the Sinai Peninsula Development Program, as the Ministry of International Cooperation succeeded in signing an agreement worth about 75 million Kuwaiti dinars, equivalent to 243.2 million dollars, through an agreement with the Arab Fund for Economic and Social Development. This is directed to implement the project of establishing a water system for Bahr El-Baqar drainage system within the Sinai Peninsula development plan.

Al-Mashat noted that the project includes the inauguration of a waterway with a length of about 20 km, the establishment of pumping stations to transport Bahr al-Baqar drainage water from the west of the Suez Canal to the east, and the establishment of a treatment plant with a capacity of 5 million m3 / day to provide water suitable for irrigation of 330,000 feddans. It also includes establishing farms for raising livestock and agricultural processing facilities, and providing the necessary services to supervise the implementation of the project and follow it up during the maintenance period.

The estimated cost of the project to establish the Bahr Al-Baqar Bank system is about one billion dollars, and the Ministry of International Cooperation signed three previous agreements within the same framework, one of which worth 70 million Kuwaiti dinars, equivalent to 238 million US dollars with the Arab Fund for Economic and Social Development, and two agreements worth 75 million Kuwaiti dinars, which are equivalent to $255 million with the Kuwait Fund for Development.

In addition to that, the Minister of International Cooperation stated that a grant agreement was signed with the Arab Fund for Economic and Social Development worth one million Kuwaiti dinars, equivalent to 3.3 million US dollars, to support the efforts of the health sector to combat the COVID-19 pandemic.

Through a multi-stakeholder platform, the Ministry of International Cooperation has been regularly coordinating with all multilateral and bilateral development partners to promote purposeful and meaningful partnerships to serve the 2030 National Agenda and the 17 UN Sustainable Development Goals.