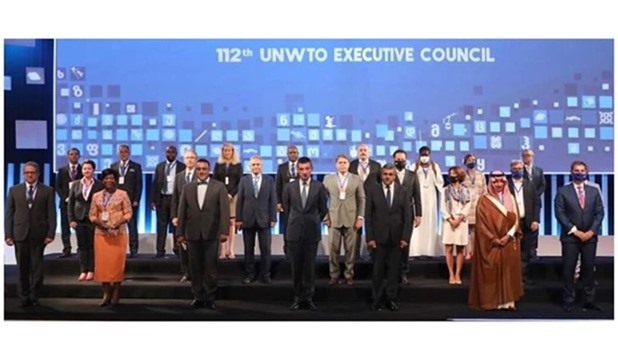 The UNWTO Executive Council’s 112th session opened in Tbilisi, on Wednesday, in the presence of Georgia’s Prime Minister Giorgi Gakharia and Secretary-General of the UNWTO Zurab Pololikashvili.

A total of 170 ministers and officials responsible for tourism from 24 countries are participating in the council, which is set to run until 17 September, in addition international participants tuning in via video conference.

In his speech to the opening session, Egypt's Antiquities and Tourism Minister Khaled El-Anany suggested that the international community form a committee to unify anti-coronavirus precautionary measures for the travel and tourism industry in light of the different policies adopted by each country.

El-Anany's proposal was praised by the attendees and the secretary-general of the World Tourism Organization.

To start his speech El-Anany thanked hanking Pololikashvili for his visit to Egypt in August, which was his first outside Europe after the emergence of the coronavirus, the statement said.

The Egyptian minister also posted the UNWTO council about the precautionary measures and health safety protocols taken by Egypt to ensure the safety of tourists, citizens and workers in the tourism sector, in addition to reviewing Egypt's successful experience of resuming tourism.

El-Anany concluded by calling for using and activating the slogan "Travel Today," instead of the organization's current slogan "Travel Tomorrow," in order to preserve this important industry, which provides tens of millions of job opportunities to the world's citizens.

For his part, Secretary-General of the UNWTO Zurab Pololikashvili stressed importance of coexistence with the current position. He called for activation of El-Anany's proposal by using “Travel Today” as an amendment of the organization’s current slogan of “Travel Tomorrow”.

During his talks with El-Anany, Pololikashvili stressed keenness on attending the event of transporting the royal mummies from the Egyptian Museum in Tahrir to the Grand Museum scheduled to be organized during the coming period.