Statement by H.E. President Abdel Fattah El-Sisi on the Forty-Seventh Anniversary of the Glorious October Victory 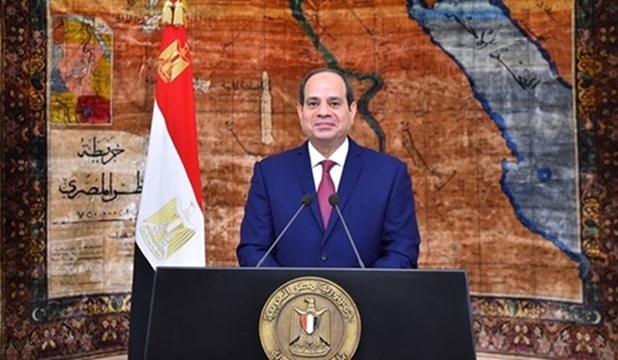 The Proud and Honorable People,

Today, we celebrate the forty-seventh anniversary of the glorious October victory, for which the Egyptians fought and dearly paid their precious blood to reinstate an integral and precious part of the homeland. Indeed, we have sworn to defend and preserve its territory and borders, whatever the prices or the sacrifices are.

I address you today to observe and ponder on the indications of our historical experiences and learnt lessons. The glorious October victory has taught us that the Egyptian nation is permanently able to rise up for its rights and impose its respect on others. We have also learnt that the might-based right has the upper hand and eventually prevails, and that the Egyptian people keep their lands unassailable and protectable.

The glorious October war was not just a military battle in which Egypt fought and achieved greatest victory; however, it was a genuine test for the Egyptian people's capability to make the dream come true. Nevertheless, its resulting impacts were not limited to the wartime; but they also extended to bring rays of hope all over Egypt and invoked a new spirit in all Egyptians, characterized by persistence, challenge, and capability to face difficulties and make achievements.

Egypt celebrates the anniversary of the October victories, as it is reminiscent of its people's struggle throughout thousand-year history. As being inspired by the sublimity of its past, Egypt has drawn a rightful path to follow in order to achieve its desired goals and high hopes aspired by its people.

I pay tribute to the great October generation who achieved victory, raised the homeland’s flag on its sacred land and brought back pride and glory to the Egyptian Military. I also pay tribute to President Mohamed Anwar El-Sadat, the hero of war and peace, who, having knights’ courage and men’s determination, took and bore all consequences of the decision of the Great Crossing. Furthermore, I pay tribute to each Egyptian mother who strengthened her sons with a deep conviction that land cannot be waived at all costs, and fortified her heart with patience and faith.

May peace be upon the souls of our righteous martyrs who watered Egypt’s sacred land with their noble blood. Additionally, they provided a role model in sacrifice and redemption for the coming generations. I also pay tribute to the staff of the Egyptian Armed Forces who are currently stationed at every corner of Egypt along with their fellow brothers from the Police to preserve Egypt’s security, safety and stability.

You are well aware that the greedy ambitions in Egypt have not been ceased, even if their nature has changed, and that the dangers of the threats have not diminished. What Egypt has tremendously achieved during the past few years through security and stability is an accomplishment experienced by the whole world. Preserving the security of Egypt, as a great homeland amidst a challenging region and a turbulent world, is undoubtedly a breathless matter that draw attention as it is considered a witness to the uniqueness and fortitude of this people, the capability of its Armed Forces and state institutions. Thus, Egypt moves towards the approach of sustainable comprehensive development as the way to a decent future for Egyptian people. I assure you that the future of any nation cannot be built by hollow slogans or one-upmanship and that the capabilities of peoples cannot be prone to misconceptions or uncalculated policies. Here, in Egypt, we renew our pledge for sustaining efforts to safeguard the dignity of this homeland and move forward in the path of construction, development, reconstruction and peace.

Brothers and Sisters, Sons of Egypt,

The anniversary of the glorious October victory will remain a celebration for all Egyptians; as a tribute to their willpower and strength, the efficiency and the distinguished fighting capability of their Armed Forces, which inscribed an eternal commendable national epic in preserving the soil of this country and protecting its borders. The memory, the heroism and the precious sacrifices of our righteous martyrs will remain immortal in the conscience of Egypt and a driving motivation to work and progress to create the future aspired by our great people.

May Defiant Egypt be Continuously Achieving Progress, Peace and Advancement

May Allah’s Peace and Blessings Be upon You