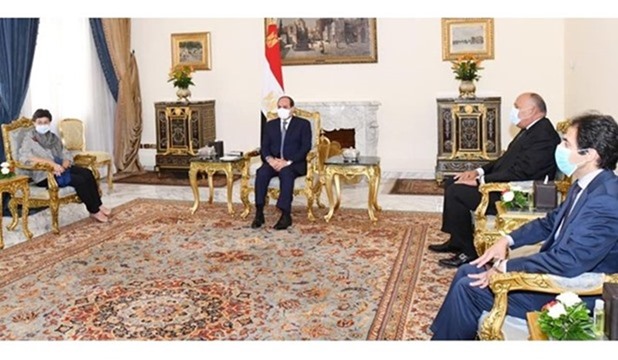 Sisi initiated the meeting by asking González to convey his greetings to King Felipe VI of Spain and Prime Minister Pedro Sánchez.

He stressed that he is looking forward to furthering close cooperation ties at all levels, especially in the investment, trade, energy and tourism domains, Presidential Spokesman Bassam Rady said.

Conveying the greetings of Spanish monarch to President Sisi, González hailed the deeply-rooted ties between both countries.

She underscored her country's keenness on constant coordination and consultation with Egypt given its pivotal role and balanced efforts to reinforce stability in the Middle East and Eastern Mediterranean regions.

She also praised Egypt's effective efforts to combat terrorism, extremism and illegal migration and host large numbers of refugees from various countries, which is greatly appreciated by the European community.

The meeting took up ways to promote bilateral cooperation, including on security and defence issues, and sharing expertise in the fight against COVID-19, Rady said.

González commended the Egyptian government's effective handling of the COVID-19 crisis at all levels.

The meeting also tackled regional and international issues of mutual concern, including the latest developments in the Palestinian-Israeli conflict, Ethiopia's dam issue and the situation in Libya, the spokesman noted. 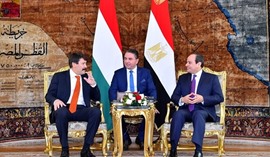 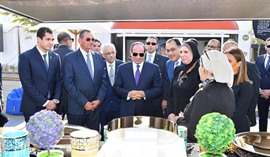 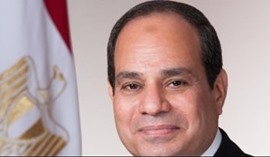 Sisi: Egypt is keen on pushing forward cooperation with Morocco in various fields 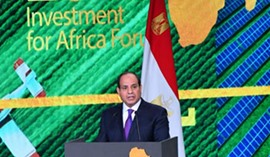