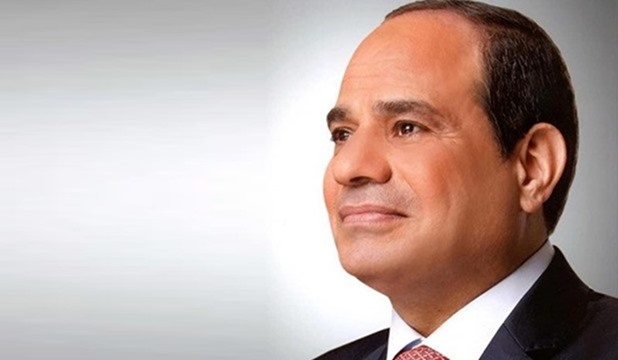 On behalf of the Egyptian people, it’s a pleasure to congratulate you and all Member States in your reputable organization on the 60th anniversary of its establishment. Throughout these years, this organization has significantly contributed to setting standards, formulating economic and development policies that are able to achieve the consensus of its Member States on the slogan: “Better Policies for Better Life”.

The year 2020 was full of difficult challenges and negative repercussions due to the COVID-19 crisis which made the world looks different than before. Moreover, despite these difficulties, the crisis has created important opportunities, especially regarding digitalization, and improvement of sustainable developmental social, economical and environmental policies. Thus, contributes to achieving comprehensive recovery as soon as possible.

These crises reinforce the role of the OECD, which have more than sixty years of experience in multilateral work, and in formulating policies that take into account the standards of transparency and governance and keep pace with the developments of the times and the requirements of the global economy, in addition to its ability to positively contribute to formulating the desired international action to deal with the repercussions of this unprecedented global crisis, not to mention joining forces to ease the burden that has been equally placed on all countries, whether the developed or the developing ones, and directing it in the optimal way towards common benefit.

Despite the severe economic repercussions of the COVID-19 pandemic, the Egyptian economy has flexibly succeeded in dealing with it; thus preserving the capability of the Egyptian economy in realizing positive growth rates. This comes in light of the structural economic reform program which the government started years ago and succeeded in achieving tangible achievements in a short period of time; thus reflecting positively on the efforts of development, and the state's ability to effectively intervene to support the national economy and implement incentive policies capable of helping key sectors to continue working, while providing a greater margin of support to the most affected categories.

Egypt and the organization have close cooperation relations, as Egypt participates in many of its different committees, as well as having full membership in the organization's development center since 2008 as the first Arab and African country to join it, in connection with the importance we attach to the center as a main forum for achieving the priorities of the developing countries, preparing developmental studies and providing relevant technical support.

This cooperation witnessed a new phase in 2019 with Egypt’s accession to the country programme mechanism. I would like to commend the progress made in this respect, through which the fields of work that are most capable to contribute in implementing the national programme for economic and social reform have been chosen. Egypt agreed on the priorities that are compatible with our needs and goals, especially the standards for improving the investment climate, enhancing transparency, combating corruption, as well as empowering women and youth.

To conclude, I would like to express Egypt’s deep appreciation of the prominent role played by the Organization and the emphasis on Egypt’s desire to maintain cooperation that will result in mutual benefit. I reiterate my congratulations to the General Secretary and all members of the Organization on this occasion. I hope you all continue success.