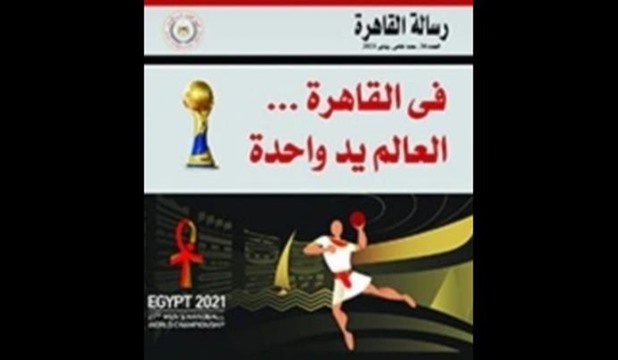 letter from Cairo
The State Information Service issued a special issue of the periodical " A Letter from Cairo" on the occasion of Egypt's hosting of the Handball World Cup.
The journalist, Diaa Rashwan, Chairperson  of the State Information Service , said that this periodical was issued in four languages: Arabic, English, French and Spanish, Hundreds of copies were distributed to the  delegations participating in the tournament, in coordination with the Ministry of Youth and Sports and the Organizing Committee, indicating that this version came in good printing, and with a civilized - media - sports content, as it highlighted Egypt's interest at the highest levels in providing all the capabilities to ensure the success of the tournament in all organizational, health, sports, media and other aspects.
The periodical " A Letter from Cairo " also provided information to foreign visitors about Egypt, the cities, and halls in which the championship is held, and also about modern sports facilities in Egypt in general and what has been added to modern sports monuments in recent years, including the hall on which some tournament matches are held in the Administrative Capital which has been established at the highest international levels.

This periodical reviews Egypt's honorable record of hosting continental and international sport championships with outstanding success, as well as an overview of the Egyptian handball and the achievements of the participating teams.

Pictures and simple information of each country participating in the tournament and its handball teams were also included.
Egypt’s State Information Service (SIS) h distributed a pocket booklet  about Egypt in  languages of all  participating countries, namely Arabic, English, French, Spanish, Russian, Portuguese, Japanese, German and Swahili to the guests of the tournament. The booklet  includes all information and data about Egypt’s history, civilization, geography, politics, economy, society, arts, institutions, media, sports and etc. More over, the booklet includes over a hundred color images.

The SIS Chairman added that the SIS has also provided all facilities and services for journalists and correspondents covering the tournament matches through the SIS press center at Cairo airport, as well as through participating in the committees that follow the tournament, especially on the media side. 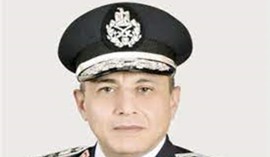