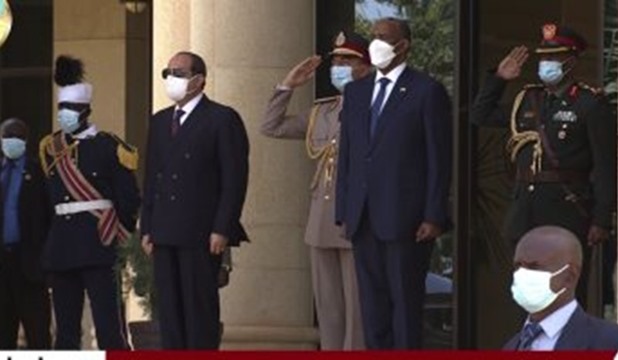 President Abdel Fattah El Sisi is set to leave Cairo on Saturday morning, heading to Khartoum in an official visit to Sudan for the first time since the formation of the sovereign council there, Presidential spokesman Bassam Rady said.

This visit comes to consolidate Egypt's efforts, under Sisi's leadership and to support Sudan and its people during the current crucial stage, according to the presidential spokesman.

Sisi's visit is also aimed at ensuring coordination as well as unifying visions and stances between both countries towards various issues of common concern, Rady said.

An Egyptian-Sudanese summit will be held during the visit, Rady added.

President Sisi is set to hold meetings with the Sudanese senior leaderships and officials to discuss various cooperation files and means of promoting bilateral relations, mainly at the military, security and economic levels.


Upon arrival at Khartoum International Airport, Sisi was received by member of the sovereign council Ibrahim Jaber, Foreign Minister Mariam al Sadeq al Mahdi and senior officials along with members of the Egyptian diplomatic mission in Sudan.
An Egyptian-Sudanese summit is scheduled to convene.

An official session of talks was held Saturday between President Abdel Fattah El Sisi and President of the Transitional Sovereignty Council (TSC) Abdel-Fattah Al-Burhan at the presidential council in Khartoum.


President Sisi holds meetings with the Sudanese senior leaderships and officials to discuss various cooperation files and means of promoting bilateral relations, mainly at the military, security and economic levels.

Sisi's talks in Sudan tackle the latest regional and continental developments, particularly the Ethiopian dam file, security in the Red Sea and conditions on Sudan's borders.

Egypt will continue to support the Sudanese government and people at all levels in a way that helps promote strategic partnership between the two countries, he said.

After talks between Sisi and Al-Burhan, an expanded session of talks was held with the two countries' delegations attending, presidential spokesman Bassam Rady said.

Burhan has praised distinguished relations between Egypt and Sudan, and extended thanks to Sisi for his efforts to support Sudan to overcome various challenges.

The Sudanese leaders voiced Sudan's keenness to activate joint projects between Egypt and Sudan and to enhance cooperation prospects between the two countries at various levels. 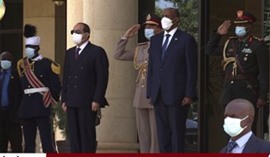 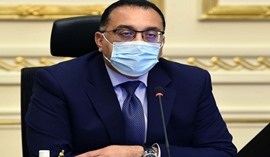 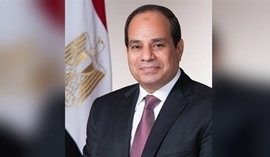