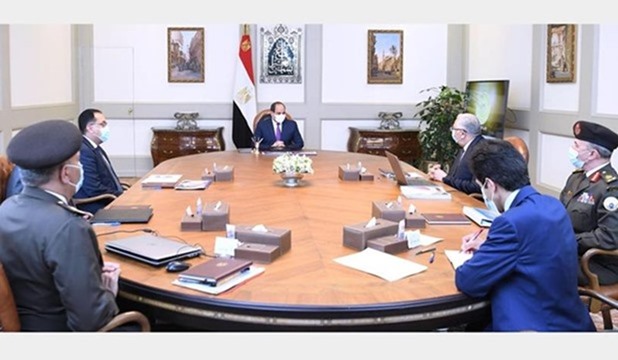 Sisi issued directives to the bodies concerned to merge the implementation phases into one stage and intensify the timetable, to promote the state’s strategy in the field of establishing new agricultural and urban communities characterized by modern administrative systems, including industrial complexes based on agricultural production, and providing thousands of new job opportunities, Presidential Spokesman Bassam Rady said in a statement.

Sisi was briefed on studies conducted by the research teams of the bodies concerned on the areas of the northwestern coast at the Dabaa axis, which proved the readiness of these lands for agricultural reclamation.