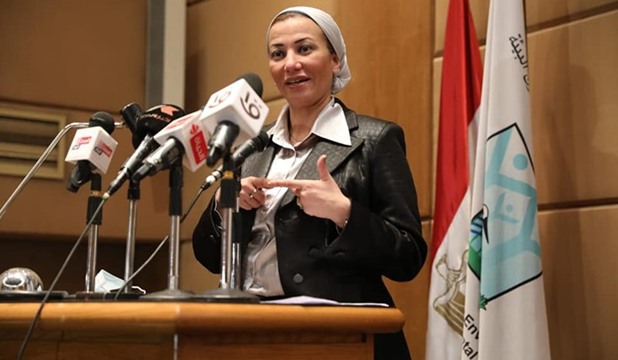 Thanks to the political leadership and the government support, Egypt has made remarkable legislative progress in the environmental domain, especially as far as waste management is concerned, Environment Minister Yasmin Fouad said on Tuesday 30/3/2021 .


During her participation in the launch ceremony of PepsiCo's "Recycle for Tomorrow" platform on behalf of Prime Minister Mostafa Madbouli, Fouad noted that Law No. 202/2020 underlines the importance of recycling for less solid waste, not to mention its multiple economic benefits.


Minister of Trade and Industry Nevine Gamea, Chairman of the Federation of Egyptian Industries (FEI) Mohamed Zaki El Sewedy, CEO and Chairman of PepsiCo Egypt Mohamed Shelbaya and PepsiCo CEO for Africa, Middle East, South Asia Eugene Willemsen were among those who took part in the ceremony.


The platform seeks to reduce plastic use and encourage recycling to promote environmental conservation and sustainable development.


Fouad voiced her pleasure to attend the event which coincided with the announcement of the first Egyptian day for recycling that saw a great number of Egypt-based major private companies joining the Egyptian pact for plastic waste management and recycling to create a real circular economy for plastics.


The pact falls within the framework of a plastic waste management initiative of the Environment Ministry.


Meanwhile, Shelbaya commended the ministry's efforts to confront environmental challenges through various effective mechanisms topped by the above-mentioned law which is expected to play a pivotal role in improving Egypt's waste management system.


A large number of public figures and senior officials from the planning and tourism ministries also took part in the launch ceremony.

US Ambassador to Egypt Jonathan R. Cohen also participated in the event via Zoom teleconferencing platform.