Egypt’s Labor Day in past, present and future 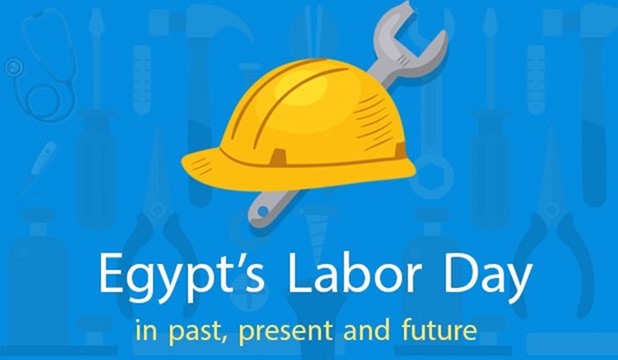 Egypt celebrates the Labor Day on May 1st every year, the matter which reflects the State’s interest in their workers and appreciation of their role in the society and in building the State. The celebration of Labor Day goes back to the ancient times, where the ancient Egyptians sanctified work and realized its importance, the matter which was one of the most fundamental pillars that enabled them to build the oldest civilization known to mankind.

In this regard, we recall the instructions issued by King Thutmose III to his minister, which were written on the walls of his tomb in the western side of Luxor, thus guiding him to the good management of work, achievement of justice and quality of work. The magnificent engineering design of the pyramids show the strenuous effort exerted in building these great edifices, which reflect dedication to work and sincerity in mastering it.

With the succession of the stages of history, the labor movement in Egypt knew the "system of sects" that dates back to the Middle Ages, where each sect included groups of manufacturers and workers of one craft, thus establishing traditions, ethics and principles of professional practices.

In modern Egypt, the celebration of Labor Day began in 1924, and then it became an official celebration under late President Gamal Abdel Nasser. In 1964, May 1st became an official holiday in which the President of the Republic delivers a speech before the unionists and leaders of workers. After the July 1952 revolution, many factories were established including the aluminum complex in Naga’a Hammadi. Egypt determined to establish the largest industrial base in the Third World, where 1200 factories were established during the era of Abdel Nasser operating in the heavy, transformative and strategic industries.

At the present time and after the June 30 Revolution, Egypt has continued its policies of economic freedom, adoption of the free market mechanisms, openness to foreign investments and support of the private sector while paying attention to the public sector, as it is one of the basic mechanisms in formations of the social structure for large sectors of the Egyptian labor force. In this context, President Abdel Fattah El-Sisi formed the Ministry of Business Sector in March 2016, where the public business sector companies were affiliated to the Ministry of Investment, in order to revive the sector again not only for economic reasons, but also to achieve social justice and take care of various groups of society.

Since President Abdel Fattah El-Sisi assumed power in Egypt, the Egyptian State has put among its priorities to place the Egyptian worker in her /his right place and pay attention to create the appropriate environment for work and production. It is worth mentioning that the State, in providing support, does not discriminate between the male and female workers, although it gives more attention to the female worker due to the nature of responsibilities put on her shoulders and in order to bridge the gap that has arisen over previous generations between the man and woman. In every occasion, President Sisi affirms his constant support to the female workers and his belief in their effective role in society.

The State pays special attention to persons with special disabilities and neediest irregular workers, where it worked to increase the job opportunities suitable for people with special needs, provide resources for the "Ata’a" Fund designated for them and issue "Aman" certificates for irregular workers, the matter which mitigated repercussions of the economic slowdown that prevailed the whole world because of the coronavirus pandemic.

The State works on several pivots to support and protect workers such as launching initiatives and providing grants to protect workers, building industrial cities and factories and providing job opportunities. The State also paid attention to issue the laws and decisions that serve workers and encourage the union action. Following are the most important initiatives, laws and projects initiated by the State for the interest of workers.

Initiatives and grants to protect workers

The State has launched a number of initiatives, including the initiative of "Egypt is a trust in your hands", which aims to raise awareness of the social partners (workers and business owners) of their rights and duties. It was launched on Labor Day 2017, and it was implemented in 17 governorates with a total of 34 programs for about 1211 establishments, in which 5259 workers participated.

Moreover, the Ministry of Manpower launched the “Protection of Irregular Workers” campaign in March and April 2018, whereby the Ministry has allocated EGP 100 million to distribute “Aman” certificates to irregular workers in 27 governorates in order to provide them decent life. Also, an amount of EGP 2.4 billion was allocated for irregular workers affected by the coronavirus pandemic in 2020, 1.5 million youths were appointed including 18,000 youths with special needs, 260,000 job opportunities were provided through 30 employment fairs.

The Egyptian State did not provide workers with only grants and initiatives, but also established industrial cities and zones including the "Rubiki" city for leather on an area reaching more than 500 acres, and Damietta Furniture City on an area reaching nearly 331 acres, and the Plastic Industries Complex on an area close to 500 acres, over two phases, and establishment of 5 industrial zones under the industrial developer system; 3 industrial zones in Sadat City and two zones in Tenth of Ramadan City with a total of 646 plots of land and a total area of 7.9 million square meters of industrial lands equipped with utilities, where their expected investments amounting to EGP 23 billion thus providing 37 thousand job opportunities.

The gains of workers have doubled at the present time after implementation of the initiatives launched by President Abdel Fattah El-Sisi and establishment of mega projects that provide them with many job opportunities. The State is still exerting efforts to encourage workers and open horizons for them out of its belief in their great role in the development of Egypt.

The State has issued many decisions and laws that aimed at achieving interests of workers and ensuring their rights. If the grants and initiatives help in improve the living conditions of workers, the laws and decisions work on achieving the sustainable protection of workers' rights.

The laws and decisions issued by President Abdel Fattah Al-Sisi include issuance of Law No. 142 of 2019 which amends several provisions of the Trade Union Law and the Protection of Freedom of Association promulgated by Law No. 213 of 2017, and the Presidential Decree No. 526 of 2019 on formation of a committee to amend the Business Sector Companies Law. President Sisi also issued a decree in the current year 2021 to increase the salaries of all workers in the country with a total cost of EGP 37 billion and to raise the minimum wage up to 2,400 pounds.

On April 3, 2021, the President issued a decision on developing the factories of Delta Fertilizer Company affiliated to the Holding Company for Chemical Industries in its current location in Talkha in Dakahlia Governorate instead of relocating them in the Suez Governorate.

The State works to achieve the aspirations and dreams of workers including establishment of new areas and communities such as the New Administrative Capital, which represents a great future move as its results will be reflected on the Egyptian workers. The building and construction activities in the New Administrative Capital created millions of job opportunities for workers, while it provides a new environment for growth and progress, whose effects will be reflected on the workers financially, morally and culturally. The developing work tools and latest developments of the modern era make it obligatory for the Egyptian workers and craftsmen to continue non-stop learning and develop themselves in order to pursue rapid progress in various fields.

Finally, we appreciate the workers on their day in recognition of their key role in the renaissance and progress of the nation, as they are one of the most important pillars by which the Egyptian State moves forward to assume its status in the ranks of the developed countries and be able to achieve a society of prosperity, justice and peace. 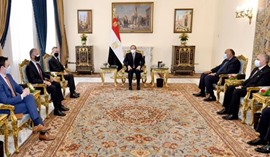 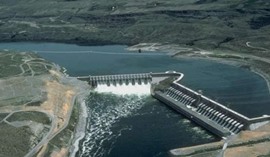 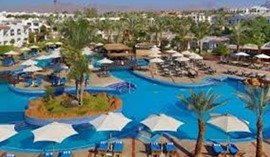 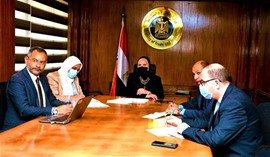