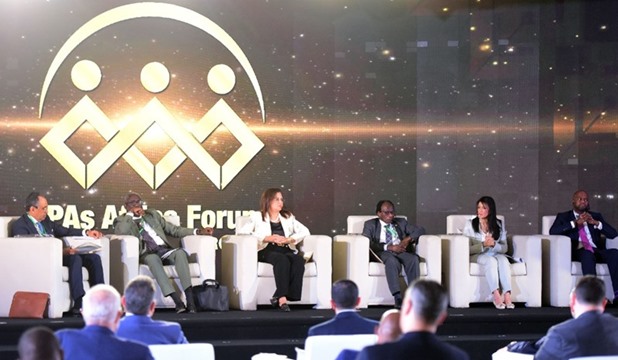 The private sector plays a major role in boosting these relations through major developments projects launched within Egypt’s membership in the presidential initiative for Africa infrastructure development, she told a session of the first forum of the heads of African investment promotion agencies (IPAs).

The Egyptian private sector is implementing some vital projects in Africa, covering many sectors, including transport and water resources, she added.

For example, the Arab Contractors Company implements projects in 23 African countries in various fields of infrastructure with investments of more than $1.5 billion, the minister revealed.

The ministry aims to promote Egypt's partnerships with multilateral and bilateral development partners, governments, international economic policy makers, the private sector and civil society to achieve the National Development Agenda 2030 in line with the United Nations Sustainable Development Goals, under the presidential decree regulating its role No. 303 of 2004, she added.