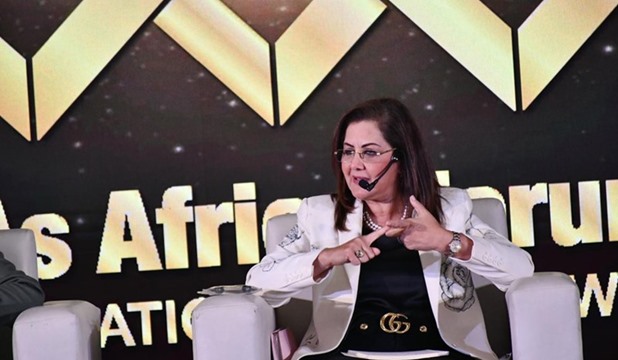 Planning Minister Hala el Said noted on Friday 11/06/2021 that Egypt invested about EGP 1.7 trillion to develop infrastructure during the past seven years.

This came in statements during the first session of the forum for the heads of African investment authorities.

She added that Egypt’s sustainable development vision was set in cooperation with the private sector, noting that the economic and social reform programs were formed while the government had modified legislations to enhance the participation of the private sector to facilitate the measures of the local and foreign investments.

The program also includes establishing the Suez Canal development axis, electricity plants and road networks, the minister said, adding that these projects had enhanced the competitiveness of Egypt on several international indexes

Planning Minister Hala el Said also pointed out to the establishment of the Sovereign Fund of Egypt that is considered one of the mechanisms that will enhance the partnership with the private sector.

She added that the new fund has succeeded to attract more local and foreign investors and partners as well as signing agreements and partnerships, including participating in the establishment of the Egyptian national company for manufacturing railways.

Supporting the climate of business and private sector is one of the main axes of the national program of structural reforms in Egypt, the minister further said.