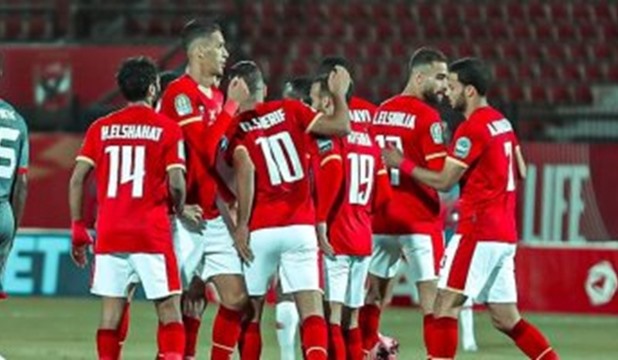 Defending champions Ahly of Egypt remain on course to retain their Total Energies CAF Champions League title after beating Esperance by a solitary goal in the first leg of their semi-final duel played in Tunis on Saturday 19/06/2021.

Mohamed Sherif scored the lone goal for the Red Devils in the 66th minute to hand them a vital win away from home and set up a slight advantage heading into next weekend’s return leg in Cairo.

In a tightly contested encounter, chances were limited especially in the opening half when the two teams sized each other up in tactical battles.

Ahly thought they had the lead after half an hour when Sherif tapped the ball home after the keeper spilled a shot from Hamdy Fathy, but his goal was ruled out for offside.

Four minutes later, the home side had a good chance when Mohamed Ali Ben Romdhane danced past his marker inside the box, but Ahly keeper Mohamed Elshenawy tapped the ball away from his feet as he tried to tik-tok past him.

Ahly should have been ahead eight minutes after the restart, but Mohamed Taher could not tap the ball into the net unmarked at the back post when a cross was swung in from the right.

But Ahly finally got into the lead in the 66th minute when Sherif tapped home on the second bite of the cherry after his initial tap past the keeper came off the post off a beautiful through past from Aliou Dieng.

The home side tried to get their way back into the game, but Ahly saw off the game to set up an advantage heading to the return leg.