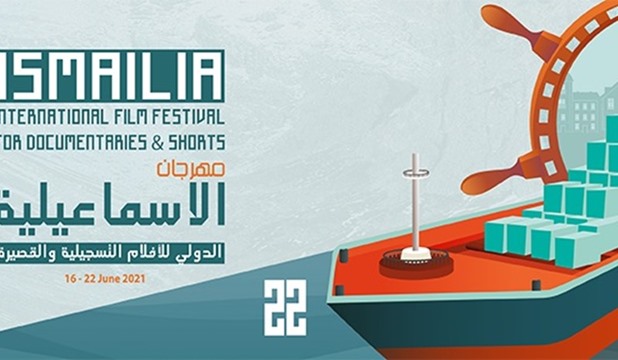 The 22nd edition of the Ismailia International Film Festival for Documentaries and Shorts kicked off on Wednesday and is running through 22 June.

"Documentaries and short films deeply reflect the human cinematic thoughts, discover facts, shed light on dreams and ambitions, and stir important issues to overcome challenges,” stated the culture minister during her speech thanking the organisers for their enthusiastic work, valuing the important role of Egypt’s soft power in communicating with different cultures to spread the message of peace.

Organised by the National Cinema Centre, headed by writer Mohamed Mohamed El-Basosy, under the presidency of critic Essam Zakareya, the organisers celebrated the opening of the challenging edition that saw successive delays due to the pandemic. They thanked the minister for her support and for stressing arts’ responsibility to face terrorism.

The red carpet was organised at an open-air venue by the Suez Canal under strict safety measures. The opening, presented by Injy Ali, started with the national anthem, followed by a performance of Ard El-Horreya (“Land of Freedom”). The new song, performed by Emad Kamal, was accompanied with a dance choreographed by Mostafa Hagag. The song was written by lyricist Tarek Ali, composed by Karim Arafa, and arranged by Ayman El-Torki.

The performance was followed by a promo of the festival’s programme with glimpses from the films participating in the various contests, before introducing the jury members.

The opening saw tribute ceremonies for Egyptian animation director pioneer Fayza Hussein, who passed away recently, in addition to prominent Egyptian film critic Kamal Ramzy who gave a speech, as well as the name of late Ragaa El-Geddawy, the Ismailia-born star actress who died last year due to severe COVID-19 complications.

The opening film Fiancées was screened following a speech by its Swiss director Julia Bünter and a Q&A presented by critic Sayed Abdel-Rehim and the actors who said they were excited about the film’s premier in Egypt.

Produced by Intermezzo Films SA and edited by Myriam Rachmut, Fiancées follows the marriage of three women at a critical turning point in their lives, which are full of traditions and cultural challenges.

With a one-week rich programme that includes a number of workshops and special screenings held at various halls at the Ismailia Cultural Palace and Misr Library, among other venues, 10 feature documentaries, 14 short documentaries, 16 short fiction films and 15 short animation films are competing in the main categories.

Internationally-acclaimed filmmakers and critics are judging the various contests as the jury of documentary films include DejanPetrović, Hala Khalil, Nogoum Al-Ganem, and Rodrigo Brum. Jury in the fiction category include Abdelilah Elgohary