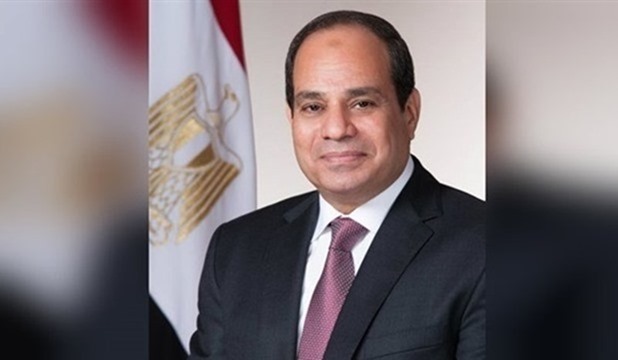 I have the honor to extend my sincere gratitude to my dear brother, Mustafa Al-Kadhimi, Prime Minister of the fraternal Republic of Iraq, for his generous invitation to host our third summit in dearest Baghdad, the emblem of the Arab identity and the capital of Mesopotamia. It is a great pleasure to be here among the honorable Iraqi people. It is the first visit of an Egyptian President to Iraq since about three decades.

My presence today is a reflection of the strong relationships between our countries and our peoples. Moreover, this indicates the extent of our care to strengthen and develop these relations towards broader horizons. Thus, they affirm the common objectives and destiny, and meet our common interests.

We hope that this historic summit, hosted by Iraq, and complementing the gains made during both Cairo and Amman Summits, will truly inaugurate a new phase of strategic partnership and close cooperation between our countries. This would be done, in an effort in the coming years to seek the stage of sustainable development and prosperity for our peoples, as well as to support joint Arab action and to maintain Arab national security. Egypt seeks the good of the region and the peoples, and it always extends bridges of cooperation and brotherhood to its Arab environs.

From this place, I reiterate the strength of our commitment to the tripartite cooperation between our countries. Therefore, we seek, while we are confident that this matter constitutes a common goal for everyone, to embody the tripartite cooperation and put it into practice by initiating the implementation of the package of strategic projects that have been agreed upon. This comes along with our awareness of the current conditions associated with the outbreak of the Corona pandemic and the accompanying precautionary measures and economic repercussions.

In confirmation of Egypt's belief in the necessity of cooperation and solidarity between our sister countries, I note in this regard that Egypt is putting its medical capabilities to support its brothers in confronting this exceptional epidemiological situation that the whole world is going through, and that it will continue adopting this approach based on its responsibilities and belief in its role towards its brothers.

On the other hand, this summit is a good opportunity to continue consultation and coordination with one another on the most important issues of the region, in light of the successive international and regional developments, which require joint cooperation to confront common challenges and dangers, especially with the unacceptable regional interventions that seek to dominate and threaten the Arab national security and target the Arab countries. This requires us to unite and unify the Arabs and to strengthen the Arab role in the various crises in our region.

In connection with the foregoing, I refer to a danger from which all of us have suffered and is still present before us, targeting our countries and peoples. This needs   more joint efforts to be exerted in order to defeat it. It is terrorism and extremist ideologies. I commend here the victories achieved by brotherly Iraq against this danger.

As regards Libya, Egypt seeks reaching a political settlement according to the outcomes of Berlin Summit, the Cairo Declaration and the international legitimacy resolutions. Moreover, Egypt supported negotiations that include all Libyan parties under the auspices of the UN reaching up to the Libyan National Committee’s agreement in Geneva, choosing the prime minister and the chairman of the presidential council, then, forming the interim Libyan government. Overall, this is an important step on the right track. Yet, we affirm the difficulty of achieving the expected stability without ending all external intervention in Libya, the departure of all foreign forces and mercenaries along with continuing to respect the ceasefire until reaching the Libyan elections next December.

On the Syrian level, we reaffirm our position by the impossibility of solving the Syrian issue in a military way. Moreover, there is a need to reach a political solution that ends the military operations, foreign interference and achieve the legitimate demands of the Syrian people. This is with the necessity to preserve the unity, integrity and independence of the Syrian territories and preserve the state’s institutions from collapse. In this framework, Egypt supports the political settlement efforts for the issue according to Geneva process, the Security Council resolution No. 2254 and the UN envoy.

On the other hand, Egypt continues its efforts in supporting the Palestinian cause that is of top priority as considered the central Arab issue. Egypt works to maintain the ceasefire between the two sides that the Egyptian efforts succeeded to achieve. In addition, Egypt succeeded to re-launch peace efforts according to the resolutions of international legitimacy, Arab Peace Initiative and the two-state solution to establish the independent Palestinian State on the lines of the fourth of June 1967 with East Jerusalem as its capital. So, Cairo witnessed special momentum in the last months relevant to this topic through the meetings of the Arab League and others. This is rather than the efforts to approach between the Palestinian brothers to bring about reconciliation to preserve the Palestinian people ability to restore their rights through their unity and solidarity.

Finally, I would like to reiterate my thanks to my brother, Mustafa Al-Kadhimi, Iraqi prime minister, for this generous hosting and to my brother, Abdullah Bin al-Hussein, king of the fraternal Hashemite Kingdom of Jordan, for his cooperation in this successful summit, with Allah permission. I am also glad to express that Egypt is looking forward to host the coming summit as it believes in the significance of common cooperation.