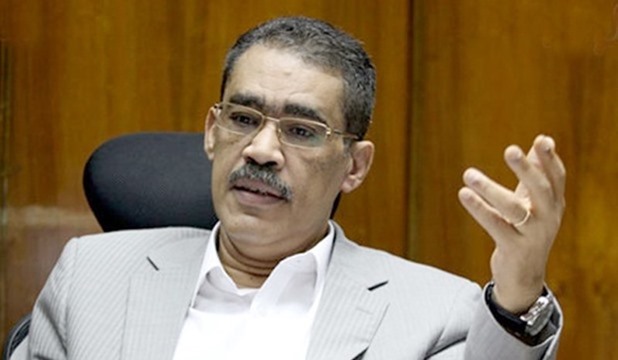 The journalist writer Diaa Rashwan, head of the State Information Service, confirmed that the success of the distinguished Egyptian experience in dealing with the Corona pandemic and its effects has a positive impact on combating the pandemic in Africa, as Egypt faced the same great health, economic and social challenges resulting from the spread of this epidemic, but the Egyptian performance and its results in All areas provide a fairly good model. On the health side, a great balance was dealt between the requirements of containing the spread of the virus, and the continuation of economic, social and cultural life for all groups of the Egyptian people. On the economic level, Egypt was one of the most prominent countries in the world that was able to achieve positive growth during the harshest stages of the Corona challenge, a growth that continues to rise According to all international expectations.

This came in the editorial of the new issue of the "African Perspectives" periodical, issued by the State Information Service.

Rashwan said that Africa had a share of this successful Egyptian performance, as is always the case with Egypt’s interest in participating with the brothers in Africa concerning what it can offer. On the health side, Egypt provided various medical aid to many sister African countries, including medicines and equipment Preventive and logistical requirements...etc.

At the same time, the first announcement about the production of Corona vaccines in Egypt, included - according to officials - that its purpose is to make it available to the Egyptian citizen as well as to the brotherly Arab and African peoples. In addition, cooperation with African countries is still ongoing in the areas of training, capacity building, promoting trade exchange, economic cooperation and coordination in the areas of infrastructure and optimal utilization of resources.

Rashwan pointed out that the repercussions and effects of the Corona pandemic are deeper and more dangerous than countries can bear alone, especially in Africa, so joint cooperation is more imperative than ever before... Egypt has the "model" that it presents cordially to the brothers in Africa to meet this common challenge.

The head of the State Information Service indicated that the "African Horizons" periodical is a refereed scientific quarterly periodical that aims to follow up on the most prominent and important African issues in various political, strategic and economic fields. It’s headed by Counselor Abdel Moati Abu Zaid, head of the foreign media sector, and its managing editor is Dr. Ali Mahgoub. The periodical is distributed to various national institutions, universities, research centers, press and media institutions, African embassies in Egypt, our media offices abroad, and all those interested in African affairs.

The new issue of the periodical included a file entitled "The Future of African-Chinese Relations" that included in-depth studies on African-Chinese relations... what they have achieved so far... and their present... and prospects for their future. All these relations focus, mainly, on the aspect of development and economic construction.

The file also includes a report on the Egyptian-Chinese relations, which are witnessing a strategic development in recent years, stressing that they are the main gateway to Chinese dealings with the African continent.

In the economic field, and on the occasion of the entry into force of the Continental Free Trade Area Agreement in Africa in January 2021, this issue included more than one topic dealing with this historical event, as it includes a report on the enforcement of the agreement monitoring the challenges and benefits of this agreement, in addition to a report dealing with the 13th Extraordinary session of the AU Assembly on The African Continental Free Trade Area is a free trade area (AFCFTA), in line with the economic issue, which included a case study of the tourism sector in the State of Mauritius and its relationship to the macroeconomic variables.

In addition to these issues of a developmental and economic nature, the issue includes distinguished studies that scientifically deal with a number of files such as the political and diplomatic role of Egypt during its presidency of the African Union, and another study on Iranian and Turkish interference in Africa and its goals.

At the global level, the issue includes a study on German foreign policy towards Africa, and another study on the orientations of the new US President Joe Biden towards the African continent.

Moreover, the issue includes a set of reports and follow-ups, as well as fixed chapters, all of which came in a scientific style consistent with the nature of this periodical, which obtained an international ranking from the Academy of Scientific Research in Egypt as a specialized academic publication unique in its specialization.

The new issue of the periodical also indicated, in the editor-in-chief’s article, that development is the first goal of the African peoples who are looking forward towards a better future, a decent life, and an optimal utilization of their natural and human resources. Therefore, economic files have become the first place on the agenda of the countries of the continent, whether at the local levels of governments and institutions, or at the level of bilateral and collective relations between African countries and each other, or between them and other countries and regional and global powers. The most important challenge facing the countries of the continent is no longer a political one, but rather an economic and social challenge in order to provide job opportunities for the continent's youth, who account for about 60% of the continent's people, and to meet the basic needs of its peoples.