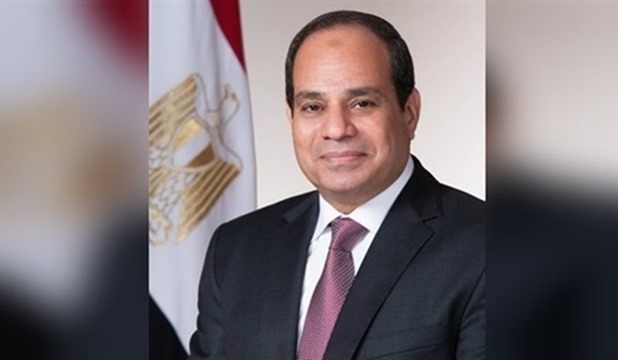 The Egyptian state has been exerting assiduous efforts over the past few years to communicate with the Egyptian expats and strengthen their bonds with their motherland via the Ministry of Emigration.

In an interview with MENA on the occasion of the anniversary of President Abdel Fattah El Sisi’s inauguration seven years ago, Emigration Minister Nabila Makram said that Egypt has changed into a new and modern state since Sisi took the helm.

Speaking highly of the huge national development projects that have been implemented so far across the nation to improve the life of its people and build a better future for the coming generations, the minister underlined the great progress achieved by Egypt on the political, diplomatic, security, economic, social, educational and health fronts.

She reviewed the accomplishments done by her ministry in a number of files and initiatives that were launched upon the directives of the political leadership to promote the ties of Egyptians living abroad with their homeland and encourage them to be better engaged in the national development plans, along with the efforts exerted to cater for all their needs and live up to their aspirations.

She pointed out to “Speak Arabic” initiative which aims at teaching Egyptian children abroad to talk their mother language and familiarize them with the Egyptian traditions, values, culture and history.

She also highlighted the initiatives of “Nawart Baladak” and “Digital Start” noting how her ministry has worked to help in reintegrating Egyptian expats who returned home from their host countries after the coronavirus pandemic crisis via providing them with the training they need to fit in the local labor market.

Makram also pointed out to “Egypt’s Voice in Africa” initiative which aims at strengthening ties with the African brethren in addition to leveraging the soft power of Egyptians abroad to help in supporting investment and tourism, adding that this initiative came within the framework of restoring Egypt’s pioneering role in Africa.

She also spoke about how Egypt stood by its nationals who were stranded abroad on the back of the global lockdowns and the suspension of aviation due to the pandemic.

She said that the ministry saved no effort to return all of them home safely.

Makram emphasized the importance of the role played by the Dialogue Center for Egyptian Students Abroad (MEDCE) that was launched by her ministry after the global outbreak of COVID 19 which led to the suspension of study in universities around the world and the return home of these students.

Tours, field visits and meetings with state officials were organized for the returnees to stand on the facts about Egypt and get the right information about its policies and internal conditions so that they can respond to rumors targeting the Egyptian state, she noted.

Makram also spoke about the Egyptian Professionals Network (EPN) which gathers together 10,000 Egyptian leading professional in numerous industries and specializations in 85 countries around the world for supporting the success of the Egyptian professionals and helping them to achieving their goals via networking , partnerships and knowledge sharing.

She said that the ministry has urged nationals living abroad to participate in its Aslak Tayeb or “Your Good Origin” initiative to support the presidential Haya Karima or “Decent Life” initiative which aims at improving the Egyptian countryside.

On the role of the ministry in urging all Egyptian expats to support Egypt’s right to the River Nile water, Makram asserted her believe in the power the Egyptians abroad have to influence the world community and the difference they can make through lobbying to protect their motherland’s water security.

She said that a protocol was inked between the ministry and the Egyptian Exchange to open new investment opportunities for Egyptian expatriates.

She also pointed out to her visit to Nicosia in April where she discussed with Cypriot and Greek officials means to boost cooperation between Egypt and both Cyprus and Greece at the different levels in addition to organizing exchanged visits for the youth from the three countries.

She said that the status of the Egyptians abroad differed a lot in the past seven years, citing her ministry’s prompt response and intervention to solve any problem that the Egyptian expats could face and provide them with any help or care they need any time and any where in the world.