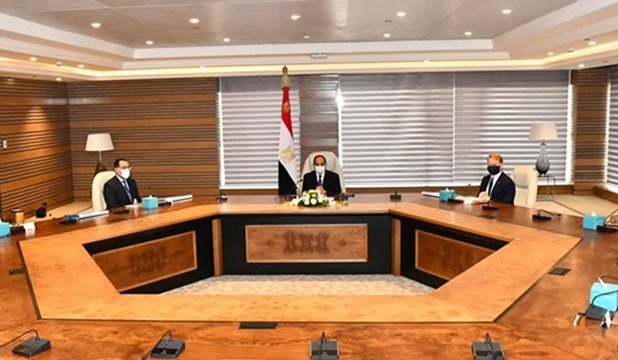 President Abdel Fattah El Sisi held a meeting with CEO of US Bechtel Group Brendan Bechtel to follow up progress in a project to establish the largest-ever petrochemicals complex in the Suez Canal Economic Zone (SCZone), at a total cost of USD 7.5 billion.


The president affirmed that Cairo is keen on strengthening ties with Washington, with a view to achieving mutual development goals, said Presidential Spokesman Bassam Rady.


The Bechtel CEO briefed President Sisi on the details of such a national project, which is implemented in partnership between the Egyptian Petrochemicals Holding Company (ECHEM) and the American company.


In this regard, the president directed the government to continue coordination and cooperation with Bechtel Group to expand its businesses in Egypt, given the company's vast experience in the sectors of energy and transport, the spokesman added.


On his part, the Bechtel CEO hailed Egypt's vision to achieve comprehensive economic development, noting that the company looks forward to increasing its investments in Egypt, especially in light of the great investment opportunities in the sectors of infrastructure, transport, industry and energy.