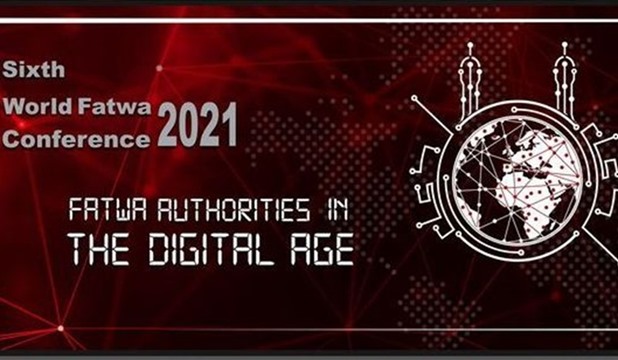 Under the auspices of President Abdel Fattah El-Sisi, Cairo will host the Sixth World Fatwa Conference on the 2nd and 3rd of August 2021.

The activities of the Sixth World Fatwa Conference 2021, which is held under the title "Fatwa Authorities in the Digital Age, Challenges of Development and Mechanisms of Cooperation", was launched with the participation of delegations from 85 countries, representing muftis, ministers, religious leaders, and representatives of fatwa authorities and Islamic centers around the world.

The President welcomed the religious scholars participating in the conference, stressing his full support for the course of the conference, with respect to the importance of the role played by the fatwa authorities in the Islamic world as a legitimate reference for issuing religious fatwas in all aspects of life, transactions and worship, which contributes to spreading awareness and realistic understanding of the true religion; in addition to  achieving societal stability and confronting the problems facing fatwas as a result of the intervention of non-specialists.

The meeting witnessed an open dialogue by the President with the participants, who praised the wise policy of the President in establishing and spreading the noble values of tolerance, freedom of choice and acceptance of others, as well as construction, development and cooperation, in a way that consolidates Egypt’s position as a beacon of moderation in the Arab and Islamic worlds and the world at large.

At the beginning, Prime Minister Dr. Mostafa Madbouly, in his speech delivered on his behalf by Dr. Amr Talaat, Minister of Communications and Information Technology, welcomed the ministers, muftis, ambassadors and scholars, dear guests of Egypt, and the attendees at the Sixth International Conference of the Egyptian Dar Al-Ifta.

The Prime Minister affirmed that the Egyptian state with all its institutions, especially the Ministry of Communications and Information Technology, will spare no effort in providing all scientific and technical tools to assist the General Secretariat for Fatwa in its quest to support the technological infrastructure and digital transformation of all fatwa authorities worldwide.


The Conclusion of the Conference

The Sixth International Conference of the General Secretariat for Fatwa Authorities Worldwide concluded the activities of its sessions, and the conference came out with a set of important recommendations and decisions, which it concluded through the suggestions of participants from scholars and researchers.