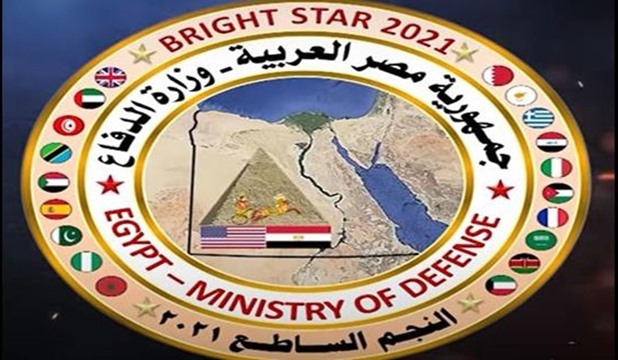 Egypt has started its multinational military exercise “Bright Star 2021” on 2 September, 2021 with the participation of 21 countries to enhance security ties with the countries involved.

The exercise, which is set to extend until 17 September, is taking place in the Mohamed Naguib base in the northern Matrouh governorate.

The exercise also includes other African countries, including Kenya, Nigeria and Tanzania.

This is in addition to Cyprus, Italy, Spain, Greece and Pakistan.

The goals of the exercise, include training on atypical combat acts, developing joint work and getting to know the latest international combat systems.

Enhancing the strategic and security ties between the countries involved, exchanging expertise and developing the combat techniques among them are also part of the goals.
At the beginning of the multi-national military drill, head of the Egyptian Armed Forces Training Authority said that the Armed Force's General Command is keen on conducting the military exercise "Bright Star 2021", for being one of the largest and most important military maneuvers at the global level, given the size of the participating forces.
On his part, an American commander thanked the Egyptian Armed Forces for hosting the military exercise "Bright Star 2021", asserting that the US sees Egypt as one of its most important strategic partners in the region.

On 17/9/2021, Minister of Defense and Military Production Mohamed Zaki has witnessed the final phase of “Bright Star 2021” military exercise with participation of military groups of 20 countries.

Anti-tank helicopters also engaged and destroyed hostile targets and carried out artillery bombardment. In his speech, Zaki conveyed the greetings of President Abdel Fattah El Sisi to all participants, praising the performance of the participating forces and their ability to professionally manage a joint mission and benefiting from the optimal exchange of experiences.