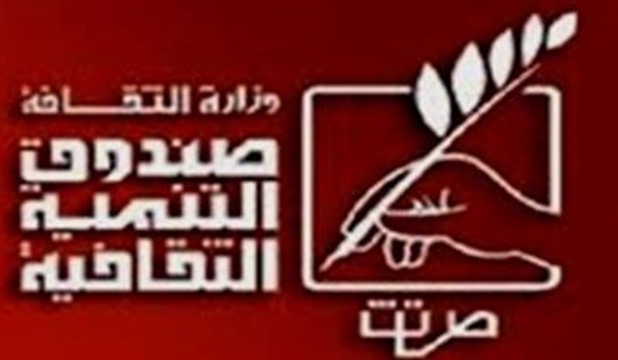 For twenty-five years since its inception in 1989, the Cultural Development Fund has played an active and influential role in supporting and developing cultural life in Egypt. It has managed to create creative dialogue between intellectuals and artists, and between them and the public.  It has also worked to find and support young talents in various provinces.

At the same time, the Cultural Development Fund is moving at a rapid and thoughtful pace towards achieving the concept of comprehensive cultural development in accordance with an integrated system aimed at supporting and promoting arts and culture and spreading them to different sectors.  In order to do so, it has set up many public libraries and cultural centers in various villages, hamlets and urban communities. The number of libraries established by the Fund reached about 90.

Turning archaeological sites, after renovating them, into  artistic creation centers has had a great impact on the development of the cultural level of the people neighboring these centers, given the fact that these sites have been provided with all the requirements that ensure that they perform their cultural and artistic role.  The program began in 1996 with Bait el-Harawi and extended to 16 archaeological sites that were turned into artistic centers affiliated to the Cultural Development Fund.

On the other hand, the Cultural Development Fund supervises, organizes and supports many cultural and artistic festivals in the fields of cinema, theatre and fine arts, so as to support and develop these arts. These festivals include: the National Festival of Egyptian Cinema, the National Theatre Festival, the Experimental Theatre Festival, the International Sculpture Symposium in Aswan, the Children's Cinema Festival.... etc. In order to achieve comprehensive cultural development, the Fund also provides material support to many cultural non-governmental and governmental cultural and artistic bodies and centers. It also supports young artists and writers in various branches of culture.

Egypt has a great number of architectural buildings of artistic and historical value. However, these buildings experienced deterioration and damage over the years. Thus, the Ministry of Culture has paid due attention to address this deterioration through the Cultural Development Fund, which has been entrusted with the renovation, development and re-use of these buildings to help achieve its cultural mission to the fullest. Moreover, it works to equip many cultural buildings with modern technical equipment and techniques that cope with the requirements of the recent age in order to improve the level of cultural performance in it.

In addition to that, the Fund establishes and develops archaeological and art museums and provides them with the latest exhibition equipment. These museums include: Um Kulthoum Museum, Mahmoud Khalil and his wife Museum, the Permanent Exhibition of Anji Aflatoun, Al-Rowad (the Pioneers) Museum at Aisha Fahmy Palace and Gamal Abd Al-Nasser Museum.

The Fund plays a number of roles, such as preparing engineering designs for these facilities, providing financial contributions, carrying out all construction and architectural work, as well as furnishing and providing technical equipment for some projects.

The Center for Islamic Civilization in Qaitbay Sabil and Kuttab, Children's Library (Ismailia), Project for the development and renovation of the research and document-restoration halls at the Book House (Nile Corniche), the project of furnishing Ain Helwan Culture Palace, the project of equipping and furnishing the cultural center of the Military Production House, the Project to develop the Mahmoudiyah culture Palace, Al-Behera Governorate, the project of holding the permanent exhibition of the artist Anji Aflatoun at Prince Taz Palace (Cairo), the Project to develop the building and facades of the Egyptian Academy (Rome), the development project of the Hangar Theatre in opera. The singing house of Prince Pashtak Palace, and preparation of the control and inspection building in the last floor of the building of the Agricultural Authority.

Project for the establishment of the Taref Cultural Center in Luxor, Damanhour's creative center, and the project of developing and restoring Al-Rowad Museum at Aisha Fahmy Palace (Zamalek).

Projects in the future plan:

Development project of Mahmoud Khalil Museum in Cairo, the Center for the Revival of the Art of the Centre of Crafts in Al-Fustat, and Al-Ghuri Arts Center.